Examining the Relationship Between Insomnia and Heart Disease

Western medicine has traditionally focused on heroic procedures and medications to treat serious or life-threatening diseases. However, many modern doctors are now focusing instead on prevention. It has been established that several lifestyle choices can drastically change your risk of developing certain diseases, either for better or for worse. Sleep is one of these important lifestyle factors. In fact, a new study on insomnia and cardiovascular disease suggests that maintaining good sleep habits may be as important as diet and exercise in helping to prevent heart disease.

Sleep: A Crucial Part of a Healthy Lifestyle 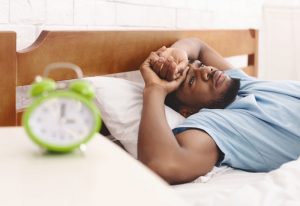 Insomnia and other sleep disorders can have a devastating effect on your daily life. When people do not get enough sleep, they suffer immediate consequences. When you don’t get sufficient sleep, you may feel that your mood and concentration is lower than usual. People who have gotten less-than-ideal amounts of sleep also experience decreased memory and poorer performance in tests and other cognitive tasks, and are even at a higher risk of being involved in accidents. However, new findings suggest that the risks associated with a sleepless night extend far beyond the immediate changes in performance the next day.

Insomnia has been found to be a predictor of a variety of mental illnesses, from depression and anxiety to psychosis. People who do not get enough sleep over a long period of time are also more likely to suffer from substance abuse, such as alcoholism. Additionally, insomnia appears to be a risk factor for some of the most deadly chronic diseases.

Although several studies have examined the link between insomnia and cardiovascular disease, there has been little compelling evidence to suggest that insomnia should be screened for and treated in the way that diet and exercise currently are. However, a new study suggests that this type of screening may indeed be a powerful way of preventing cardiovascular disease.

In a recent study, Chinese researchers followed a large group of people from ages 30 to 79 for ten years. The test subjects’ incidence of certain risk factors was tracked, as was the incidence of different diseases such as heart attack and stroke. All of the volunteers were healthy at the beginning of the study, with no history of chronic disease.

Over the ten years that the group was followed, those with a history of chronic insomnia showed a significantly higher risk of developing serious cardiovascular diseases such as heart attack and stroke. In fact, people who suffered from severe insomnia had an 18 percent higher risk of getting one of these diseases. This link was particularly strong in young people and those who did not have any risk factors prior to the study.

This study is powerful because it establishes a definite causal link between insomnia and heart disease. This suggests that identifying insomnia, particularly in young people, may reduce the risk of cardiovascular disease later in life.

The Power of Prevention 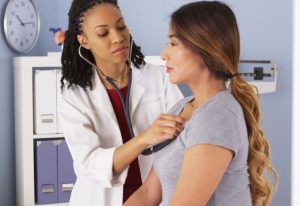 Prior studies have found similar links between insomnia and heart disease. However, few have shown how these diseases can develop in healthy people who have insomnia. This is important because it establishes that screening for and treating insomnia may be a particularly important way to reduce heart disease. This is especially true simply because insomnia and other sleep disorders are so common.

On average, one in four people experiences insomnia every year. Most people will resume normal sleep habits after a short time. However, around one-quarter of these will go on to develop chronic insomnia. What if these people could be identified and treated before there is damage to their hearts and blood vessels? It may be time to start screening people for sleeping disorders and taking them more seriously.

Fighting Insomnia, One Night at a Time

If you or a loved one are suffering from insomnia, it is important to get treatment. Try simple lifestyle remedies like turning off lights at night and taking a melatonin supplement. A special style of therapy called cognitive behavioral therapy has also been found to help people sleep better. In addition, consider talking to your physician if simple lifestyle changes do not work. As we can see from this new study, getting enough sleep is a powerful part of a healthy lifestyle.