A high-sodium diet has long been associated with increased cardiovascular disease risk. A new study conducted by University of Alabama at Birmingham researchers has found that a high-salt diet disrupts circadian rhythm timing, impacting the sleep-wake cycle. Disruptions in the sleep-wake cycle can impact sleep quality.

Insufficient and poor-quality sleep are associated with an increase risk of a number of diseases and chronic health conditions, including cardiovascular disease, type 2 diabetes, obesity and metabolic disorders, including metabolic syndrome. Poor sleep is also linked to an increased risk of depression, anxiety and mood disorders. 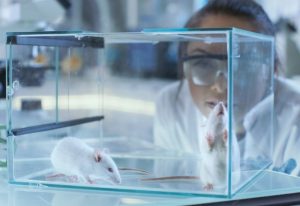 In conducting this study of the potential impact of a high-sodium diet on the circadian rhythm and sleep, the results of which were presented the Seventeenth International Conference on Endothelin, the University of Alabama at Birmingham researchers used two groups of mice. That’s because mice are surprisingly similar to humans genetically, one of many advantages to using mice for research. One group was fed a regular, healthy diet and the other a high-sodium diet. The researchers monitored the physical and neuronal activities of the two groups.

According to the study results, the high-sodium diet mice did not display normal sleep-wake cycles and had more nighttime neuronal excitement than did their counterparts who were fed a normal diet. When the mice were given an endothelin B receptor blocker, nighttime neuronal activity went back to normal. This led researchers to believe that there’s a link between the endothelin system and the circadian rhythm. Endothelins are a group of peptides known for their vasoconstriction activities.

Endothelin B receptors are found in various parts of the body and are involved in the processes of managing and excreting sodium. One important link between sodium and the circadian rhythm, the roughly 24-hour cycle of light and dark that all life on Earth has evolved to, may lie in the endothelin B receptors found in the suprachiasmatic nucleus (SCN).

Located in the hypothalamus, the part of the brain known as the SCN is home to the body’s master clock, made up of approximately 20,000 neurons. That master clock synchronizes the body clocks found throughout the body. The circadian rhythm helps to regulate that entire timing system and is deeply connected to the sleep-wake cycle.

When the circadian rhythm and the sleep-wake cycle are disrupted, it impacts numerous other essential bodily processes, including hormone production. Insulin, for example, is a hormone. Disruptions in its production and release timing can lead to serious health problems. Circadian rhythm disruption is associated with a broad range of increased health risks, including inflammation – a precursor to many diseases – cancer, metabolic syndrome, autoimmune disorders, non-alcoholic fatty liver disease, mood disorders and premature death.

Most People Consume Too Much Salt

According to the Centers for Disease Control and Prevention (CDC), about 90 percent of Americans over the age of two consume too much sodium. The CDC also noted that Americans currently consume far more sodium than was common in the 1970s and that almost three quarters of the sodium now consumed in a day comes from processed foods and restaurant foods.

The National Kidney Foundation says that Americans consume about 50 percent more sodium than they should. The health implications of those facts are almost mind blowing when one stops to think about it all, especially when factoring in the additional risks that come into play with the link between sodium and circadian rhythm functioning.

In addition, in October 2021, the Food and Drug Administration (FDA), cited diet-related illnesses as an epidemic and released new guidelines aimed at reducing the amount of salt consumed by Americans by an average daily sodium intake of 12 percent over the next two and a half years. This new set of guidelines encourages food manufacturers, restaurants and food service companies to scale back their use of salt due to the negative impact high sodium and salt intake is causing on human’s health.

As the information from the CDC makes clear, processed foods are a real health problem. Reduce — better yet, eliminate — ultra-processed foods from your diet and you’ll significantly reduce your sodium intake. Avoid cured and processed meats, such as lunch meats, as they are typically high in sodium. Instead, choose whole, fresh, real food whenever possible.

Cook at home instead of eating out. It’s healthier overall and you have much more control of the salt. It doesn’t have to be time-consuming. After all, it takes literally minutes to broil fish. Serve it on a bed of couscous, which takes about eight minutes to make, with some steamed fresh vegetables and you have a delicious, healthy meal in about 20 minutes, perfect for busy weekday evenings. Do food prep and volume cooking on the weekends for quick, healthy, whole food weekday meals. 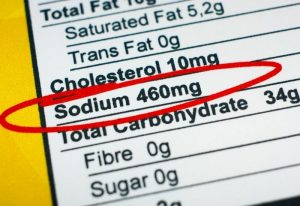 Watch and compare labels carefully. Sodium content can vary from brand to brand. Choose low sodium options when possible. A food doesn’t have to taste salty to be high in sodium. Cottage cheese, bread, tortillas and a number of other common foods have a significant sodium content. And, remember, it’s not just foods. Many beverages, such as sodas and energy drinks, also contain significant, often high, amounts of sodium. Drink water instead.

Once you halt the salt habit, reducing your daily sodium intake to where it should be, it may take your taste buds about six to eight weeks to adjust, according to the National Kidney Foundation. You can speed that process up by experimenting with different cuisines and spices. Indian food, for example, often includes a variety of anti-inflammatory spices, like turmeric and ginger, making it easier to reduce salt use.