How Lack of Sleep Can Contribute to Anxiety

The concept of a connection between sleep and mental health has been with us since the days of Hippocrates, the father of modern medicine. The body of evidence proving that sleep affects anxiety continues to expand with researchers demonstrating a link between not getting enough sleep and a decrease in the brain’s fear response regulation abilities.

Disruption of fear response regulation may play an important role in such mental health disorders as anxiety and post traumatic stress disorder (PTSD). This latest research suggests that improving sleep quality may enhance treatment success potentials for these types of conditions. 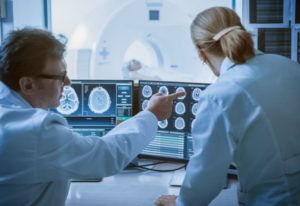 Researchers from Massachusetts General Hospital, Harvard Medical School and the University of Pittsburgh set up a study on sleep and fear regulation that included 154 participants. During the study, researchers employed a standard fear conditioning and extinction process and used an MRI machine to measure brain activity and fear response. The first night participants spent in the sleep lab, they were allowed to sleep according to their usual patterns.

After the fear conditioning and extinction process was complete, the participants were divided into three groups for the second night in the sleep lab. One group was allowed a normal night’s sleep. Another group was permitted to receive just half of their normal amount of sleep, maintaining the first half of their usual sleep schedule. They were kept awake during what would have been the second half of their sleep time on a normal night. The third group was not allowed to sleep at all. The next day, testing was performed to find out how successful the fear extinction process was in the study participants.

According to the results of the study, published in Biological Psychiatry: Cognitive Neuroscience and Neuroimaging, lack of sleep appears to affect fear response regulation in the brain. Those who had a normal, sufficient amount of sleep were successful in extinguishing the fear conditioning. Their brains showed activity related to the regulating of fear in the prefrontal cortex and via the salience network. Those who experienced limited sleep were significantly less successful in overcoming their fear conditioning, displaying little regulatory action in their brains. Interestingly, the group that fared worst was the group that got just half their usual amount of sleep.

From the results, the researchers theorized that it was, in part, the disruption of rapid eye movement (REM) sleep that led to the significant differences in fear extinction success between the three groups, as this sleep stage comes later in the over all sleep cycle. They supported this conclusion by pointing to other studies that indicate that it is during REM sleep that the day’s fears are dealt with via the deconstructing and unlearning of such memories.

Implications for Anxiety and Other Fear Regulation Disorders

Mental health disorders like anxiety and PTSD, typically involve a disruption of the fear response regulation process. Anxiety related disorders are among the most common mental disorders in the world. Anxiety and PTSD are significantly more common in people experiencing regular sleep disruption, such as shift workers, medical workers and military employees. People suffering from insomnia are also at a higher risk for these types of disorders. In fact, insomnia has been clearly associated with an increased risk of depression and anxiety, underscoring the role of sleep quality in mental health.

Anxiety, PTSD and similar disorders can be both debilitating and challenging to treat. Gaining a greater understanding of the role of sleep, specifically the role of REM sleep, in the fear regulation process has the potential to improve treatment success for these types of conditions. Understanding the mechanics of the process can even be used to help reduce the risk of developing such conditions in those more vulnerable to developing such disorders. Improving sleep quality alone has been shown to both improve mental health and reduce the risk of developing anxiety or PTSD. 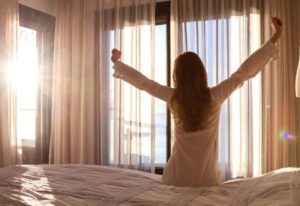 In multiple studies, researchers have established a clear connection between sleep and overall mental health. We live in a stressful world, one that makes round-the-clock demands on many of us. However, to reduce anxiety levels and maintain optimal mental health in the short-term and over the long-term, it is essential to be proactive about sleep quality and quantity.

Chronic, routine disruptions in sleep will have a negative impact on anxiety levels and overall mental health and well-being, contributing to a higher risk of such mental disorders as depression and anxiety. Start working today towards better sleep quality by improving sleep hygiene. Set and stick to regular sleep and wake times. Limit electronic device use in the two hours before bedtime. Be sure to get enough daytime physical activity. These are just a few ways you can actively support a good night’s rest and keep anxiety levels at a minimum.