Exploring the Link Between Chronotype and Mood

There is a growing body of scientific data on the connection between chronotype and mood, underscoring the fact that natural-sleep wake cycles have a real impact on health and well-being. In the most basic sense, chronotype refers to a person’s activity timing preference. Some people are naturally inclined to be more active and productive during the early part of the day. Others, not so much. Their natural preference skews later, and they tend to be more alert and active during the afternoon or evening.

The timing of activity and alertness cycles is tied to sleep-wake cycles. Studies have shown that those with an evening-oriented chronotype have a higher risk of mood disorders, depression and other health problems. 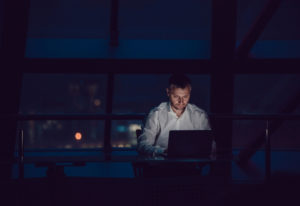 Traditionally, chronotype has been divided into early birds and night owls. While that division had merit, not everybody falls firmly into either of those two groups. A more current division uses four groups, symbolized by the bear, wolf, lion and dolphin.

Most people are bears, with a cycle that is more in tune with the cycle of the sun. They wake easily in the morning and prefer to schedule activities earlier in the day. Their peak period of productivity tends to be before noon, and they often feel an energy drop between 2:00 p.m. and 4:00 p.m. Bears usually fall asleep easily.

Lions are early risers who are often up before dawn. Their peak activity and productivity period ends at about noon. Unsurprisingly, lions like to go to bed early, often between 9:00 p.m. and 10:00 p.m.

Conversely, a wolf is not a morning person. Waking up early is a struggle often involving alarm clocks, back-up alarm clocks and snooze button mashing. It takes a while for a morning-rising wolf to feel his best. A wolf’s energy period is usually from noon to about 4:00 p.m., with a second wind at around 6:00 p.m.

Dolphins tend to be most active and productive between 10:00 a.m. and 2:00 p.m. However, they often struggle with poor sleep quality and are easily disturbed by environmental factors, such as light and noise.

Our bodies – right down to the cellular level – operate on an approximately 24-hour cycle. This cycle evolved over tens of thousands of years, and is deeply rooted in the natural cycle of light and dark; the rising and setting of the sun. Thus, it may come as no surprise that people who have a natural rhythm that is out of sync with that most basic of rhythms, wolves and dolphins, have a higher risk of mood disorders, depression and a variety of physical health problems. Researchers have found that people who tend toward “eveningness” also experience more severe depression symptoms.

Some researchers question whether attempting to reset sleeping and waking patterns can have positive health impacts, reducing the health risks associated with being evening-activity oriented. Studies have shown that genetics play a role in both chronotype and depression. For example, PER2 and RORA are two genes that impact both. However, environment and light exposure also have a powerful influence. If a person’s genes are not the sole driver of chronotype, then it may be possible to gradually shift from being evening-active to being daytime-active. After all, chronotype changes do occur naturally at different life stages, such as during adolescence and old age. 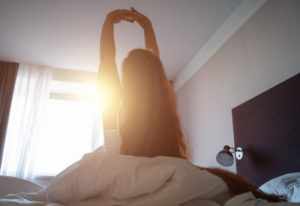 Other researchers lean towards using chronotype as a guide, adjusting the daily schedule to match a person’s natural timing in order to avoid the health consequences of disrupting the circadian rhythm by failing to get enough sleep. They point to the problems that can erupt as an evening-oriented person is forced to participate in morning-oriented education or employment, including poor sleep quality and having to perform when not at their alert and active best. From this perspective, it is the conflict between daily life demands and natural rhythm that causes mood problems and health issues, so working with the natural rhythm is the better path to relieving such difficulties.

Whether one is an early bird or a night owl, a bear or a wolf, getting enough good quality sleep is essential to optimum mood, cognitive performance and mental health. For those experiencing mood problems or depression, it is certainly worth trying both paths – adjusting the sleep-wake cycle and attempting to match life schedule to chronotype – to see which one of these approaches works best.