How Poor Sleep Ages You

It seems that the more we learn about sleep, the more we realize just how tightly entwined sleep quality is with overall health and well-being. For example, it is during deep sleep that cell repair, tissue growth and immune-system-strengthening processes take places, along with other essential maintenance tasks, such as the flushing of toxins from the brain.

Thus, it should come as no surprise that researchers have found links between poor sleep quality and accelerated aging. In other words, poor sleep ages you faster. And, that doesn’t just mean in regard to appearance — it also refers to your overall biological age.

Understanding How Poor Sleep Ages You 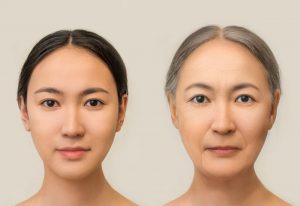 A study done by an international team of researchers that included researchers from Stanford University, the Buck Institute for Research on Aging, the Chinese University of Hong Kong and Insilico Medicine in Hong Kong, produced some interesting results on aging. The study, using data from more than 11,000 people, focused on the rate of aging and how psychological factors can contribute to that rate. According to their results, poor sleep quality ranks among the significant factors that can contribute to accelerated aging.

Viewed as a single factor, restless, disrupted or otherwise poor sleep can accelerate aging by 0.44 years. At first glance, that may seem like a small or insignificant increase. Sticking with that first-glance assumption would be a mistake, however. That is because of what we already know from well-established science and an ever-expanding body of evidence demonstrating that sleep impacts, well, just about everything when it comes to physical health and mental well-being.

In terms of the topic of this study — the relationship between psychological factors and the rate of aging — having a poor or negative psychological state was found to be among the leading causes of accelerated aging, potentially adding up to 1.65 years to a person’s biological age. Getting insufficient or poor-quality sleep on a regular basis is firmly linked to a higher risk of depression, anxiety and a number of other mental health disorders. Sleep plays a vital role in cognitive health and functioning.

Furthermore, not sleeping well, especially when that poor sleep is chronic, can lead to feeling routinely fatigued and to having low energy levels. That can make it far more difficult to do the sorts of things that help protect mental health and well-being, such as maintaining social relationships and being active in the community. Maintaining social relationships and connections are a critical part of healthy aging. Indeed, some would say that their value cannot be overstated.

This is something we know logically; that poor health can help accelerate aging. However, what we may not be fully aware of is the myriad of ways that poor sleep quality contributes to the poor health that can speed the aging process. For example, poor sleep can be directly related to an increased risk of cardiovascular disease, as noted by Vagelos College of Physicians and Surgeons at Columbia University assistant medical sciences professor Brooke Aggarwal.

There is also a relationship between poor sleep and poor eating habits, according to a study that linked poor sleep to an increased likelihood of eating excessively and eating more low-quality, highly processed foods. Most of us have at one time or another reached for a convenience food, stopped at a drive-through or ordered food to be delivered instead of cooking something healthy because of feeling too tired to do it, so it’s easy to see how the link between poor sleep and a poor diet could be true. However, this type of behavior so often can increase the risk of cardiovascular disease, obesity, type 2 diabetes and numerous other health problems. Healthy food is associated with better sleep. Poor sleep is also disruptive to the circadian rhythm, which also can negatively impact obesity and cardiovascular health risks. 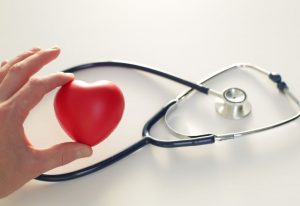 Even a single night of poor sleep can speed cell aging in older people, according to a study conducted by University of California, Los Angeles, researchers. Not only does poor sleep set the stage for increased biological age, but when poor sleep is chronic, it can also increase a person’s vulnerability to disease, including cardiovascular diseases and cancer.

Sleeping Well is an Essential Part of Healthy Aging

Sleep problems should not be ignored at any age, but that may especially be true for older people seeking to preserve their health and well-being as they age. Over-the-counter and pharmaceutical sleep aids are typically offer a poor substitute for a natural good night’s sleep and may not be the best choice for older people. Lifestyle changes may be the better choice, such as improved sleep hygiene and a regular daily schedule for sleeping, waking, eating and getting physical activity.