There are many products on the market that help us fight the signs of aging, but all of them treat the symptom and not the cause. To get at the underlying factors that cause aging, we have to look at our cells and how they age over time. New studies have found that how our tissues age, and even how we develop gray hair determined by biological clock and its effect on individual cells.

How Does Our Biological Clock Affect Each Cell? 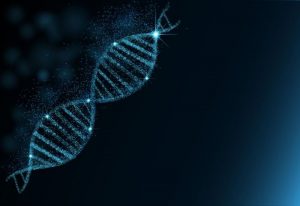 Working out of the University of California, bioinformatician Steve Horvath wanted to determine how our internal biological clocks affected the aging of our cells. His research involved examining the rate of “DNA methylation,” a process whereby DNA molecules change their rates of activity without altering their sequences. The rate of DNA methylation in our bodies changes as we age, creating a biological clock that determines how quickly we show the signs of aging.

Using samples of DNA from more than 8,000 specimens, Horvath examined 51 different types of cells. From this vast collection, he was able to isolate 353 indicators of methylation which revealed signs of the aging process at a cellular level. It was found that these instances of changes in cell activity could establish a clock that showed the aging process in various bodily organs.

In women, it was discovered that breast tissue ages faster than tissue in other parts of the body, Typically, the breast tissue in women is up to three years older than any other part of the female body. As breast cancer develops, the cells in this area undergo an accelerated aging process and can become up to 12 years older than cells in the individual’s healthy tissue. Horvath also found that cancerous tumors appear to be about 36 years older than any other cells in the host’s body, which may help explain why we become more likely to develop cancer as we get older.

Horvath explains that he hopes his research will continue. Ultimately, it’s his intention to use this research to develop more effective methods of slowing aging and fighting cancer.

We all know that going gray is a natural sign of aging and that the chance of growing gray hair increases as we age. However, it’s a fairly unknown fact that when we first develop gray hair determined by biological clock. Recent research has found that our internal clock can determine when we will start going gray and how quickly gray or white hair will replace our natural hair color.

Our hair color is determined before we’re born, as melanin begins filling in the middle portion of the hair shaft. The amount of melanin, as well as the type, will determine the coloring and shade of our hair. As we age, the level of melanin our bodies produce gradually drops, causing our hair to become lighter and lighter. Eventually, we lose all of the pigmentation in new hair follicles, causing us to grow gray or white hair.

As mentioned, there are different kinds of melanin. People with eumelanin are those who grow darker hair colors, primarily shades of brown and black. Alternatively, shades of red result from the lighter pigmentation that phaeomelanin creates. A combination of these pigmentations helps to create the vast range of hair colors we see in the human population.

In recent research, Dr. Desmond Tobin found that a melanogentic clock determines the rate at which our hair loses its pigmentation. Essentially, it all comes down to heredity and Dr. Tobin believes genetics will determine how rapidly an individual loses pigmentation in their hair follicles. In fact, each follicle will lose pigmentation at its own rate, which explains why we don’t go gray all at once. Since the DNA of each person is unique, how quickly they age and grow gray hair will also differ.

Does Our Hair Have a Biological Clock? 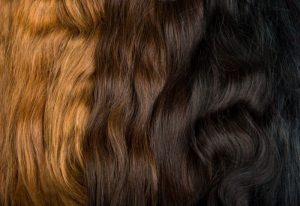 In earlier research, it was found that we have melanocyte stem cells that are responsible for the production of melanocytes. These melanocytes are cells that live in the lower layers of the skin which regulate the production of melanin. If the melanocytes dye off, or are otherwise inhibited from functioning, the hair follicles in that area will begin losing pigmentation. This entire process is determined by the melanogentic clock, which is ultimately the mechanism via which our hair ages.

Just like other cells in our bodies, the cells that regulate the health of our hair eventually begin to age. As such, researchers have identified three stages of hair follicle aging:

Production of Melanin Will Cease Altogether

As we age, this entire system begins to wind down: That’s why gray hair begins to grow more quickly as we grow older. Eventually, the production of melanin will cease altogether, resulting in a full head of gray or white hair. While the rate at which this process slows is different for each person, we will all reach this point sooner or later.