Modern industries keep people working around the clock. Outside of the general nine-to-five grind, shift workers exist. These people work late hours, rotate their hours from week to week, or try to work on through until dawn. As they consume one cup of coffee after another to keep their REM pressure at bay, the constant urge to sleep continues nagging them throughout the night.

All it takes is for an over-tired, heavy-machinery operator to doze at his post to create a dangerous situation down at the plant. The demands of the job require those working the graveyard shift to press on, while their biological clock is saying it is time to sleep. Even if the shift is over, the minute the exhausted worker gets behind the wheel, the potential for dozing while driving becomes a hazard to other unsuspecting drivers as well. Although the dangers of not obtaining adequate sleep have been well documented for years, many people are still unaware of the negative impact burning the midnight oil has on their internal biological rhythms and overall health.

The Science of Chronobiology 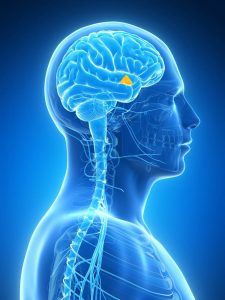 Located in the hypothalamus, every human is equipped with a biological clock. This internal clock governs the timing of biological rhythms. It anchors the body into a mostly regular 24-hour cycle, referred to as a circadian rhythm. When a person lacks access to normal timing cues from the environment, such as the changes in the intensity of light produced by the positioning of the sun, the circadian rhythm will default to a roughly 24.3-hour periodic cycle. Scientists doing research in the field of chronobiology have recently found evidence of genetic factors that have helped to identify that each individual’s circadian rhythm’s periodicity is a result of genetic inheritance. Aside from studying the role genetics has on biological rhythms, a significant portion of the study put forth by chronobiologists centers around occupational and pathological problems that produce biological rhythm-related disorders.

Dangers Of Disrupting Our Circadian Cycle

Since shift workers regularly operate on a schedule that opposes the body’s inherent circadian rhythm, these disruptions have become a major source of concern for chronobiologists and other medical practitioners. Frequent disruptions of the body’s normal rhythms have been linked to a number of detrimental health disorders, ranging from patients exhibiting sleep-related problems to serious medical conditions like obesity, diabetes and cardiovascular disease. It is also observed that people who frequently travel across many time zones end up experiencing many undesirable results such as jet lag. This condition, which occurs when the body’s internal clock becomes desynchronized with the environment outside, will produce symptoms of sleepiness, irritability and even gastrointestinal distress. However, recent findings have also shown that the mild oxygen deprivation that passengers experience while on long flights, has also produced evidence of reductions in nighttime peak melatonin levels. Consequently, shift workers who also fly frequently because of their job could be at an increased risk of biological rhythm-related health disorders.

For people who are at risk of health-related problems due to biological rhythm disorders, lifestyle changes are necessary to help get the body and its biological rhythms back on track. Though shift work is generally at the heart of these problems, switching to a day schedule is a major lifestyle change that will dramatically improve a person’s biological rhythms, allowing them to realign with the environment outside. Another important measure to consider is to significantly reduce or eliminate the amount of caffeine in a person’s diet. Caffeine has a stimulating effect on the body, which will cause the body to be awake when it should be preparing to sleep. Avoiding exercise many hours before bedtime is also recommended to those who are trying to get into a habit of normalizing their biological rhythms.