Research in circadian biology has long linked shift work to a variety of health problems. A new study shows it may also cause increased stroke severity, especially in men.

Strokes are one of the leading causes of death in the United States, killing one American every four minutes. It is also the leading cause of disability in the United States. While modern medicine has developed many treatments for strokes, these are not always completely effective. Many people who have strokes live with long-term or even permanent effects. Experts feel that prevention is the best way to mitigate the huge societal cost of this disease.

What is a Stroke? 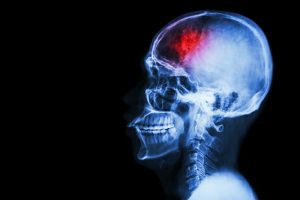 Also known as a cerebrovascular accident or CVA, a stroke is an event that cuts off blood flow to part of your brain. Without blood flow, the affected parts of the brain begin to die. There are two main types of cerebrovascular events: an ischemic stroke, when a blood vessel is clogged, and a hemorrhagic stroke, when blood vessels rupture. The signs include confusion, drooping of one half of the face, partial paralysis of the body, a severe headache, loss of vision or hearing and changes in neurological function.

About half of all strokes are preventable, mainly through lifestyle factors. There are many risk factors that can be prevented or reduced such as smoking, hypertension, high cholesterol and lack of exercise. New research suggests that shift work, defined as working hours other than the standard day shift, may also contribute to this disease.

Shift Work and the Severity of Strokes

A new study indicates that shift work many increase the severity of strokes, particularly in men. One set of lab rats was kept with a stable light-dark cycle, while another was subject to levels of light that changed by the day, which is consistent with the reality of many people who work odd shifts. Ischemic strokes were then induced in the rats. After just seven weeks of this treatment, the rats with an irregular circadian rhythm were more prone to severe strokes. They had more brain damage and more effects on motor function. The difference between rats with a normal circadian rhythm and those without it was even greater in males.

The Problem with Shift Work

Millions of people worldwide engage in shift work, but not without a cost. Shift work does not just affect the severity of strokes, but also increases the risk of a variety of other health risks. Even without any cerebrovascular events, shift work impairs cognitive function and decreases memory. It increases the risk of heart disease, which has been linked to stroke in the past. Working odd hours also changes metabolic function, increasing the risk of obesity, type 2 diabetes and other endocrine disorders.

How can the hours that you work affect your health in so many ways? Researchers have found several connections. Particularly important to stroke risk is the link between hypertension, disordered vascular function and a broken circadian clock. Hypertension and diseases of the blood vessels are both large contributors to the severity of a stroke.

There was a time when most of the world settled in for bed when the sun went down. However, these days are over for many of us. While modern life demands a certain amount of shift work, this does not come without a cost to both public and personal health. Understanding how shift work affects our health will help us to develop treatments that prevent and treat the health consequences of a disrupted sleep-wake cycle.