How to Avoid Disrupted Sleep During Daylight Saving Time Transitions

Spring forward and fall back; that’s the twice annual time change we experience during the shift from Standard Time to Daylight Saving Time and back again. While most people are aware that the hour change in time is disruptive to the sleep-wake cycle and sleep quality, many don’t realize the negative impact that the time change can have on health and overall well-being. Taking steps to avoid disrupted sleep during Daylight Saving Time transitions can help to mitigate that impact.

Why Do We Change the Clocks Twice Per Year?

Although the concept of Daylight Saving Time was first conceived of in 1784 by American Benjamin Franklin, it wasn’t until 1895 that the modern idea of DST evolved. It was then that New Zealander George Vernon Hudson proposed a 2-hour seasonal shift to take advantage of increased daylight. In 1916, Germany became the first country to implement DST nationwide. 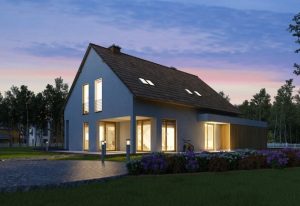 Although the initial purpose of DST had been to make better use of the evening hours, another reason for its implementation has been energy conservation. Americans first changed the clocks for Daylight Saving Time in March of 1918. In America, the federal government ushered in the time shifting policy in response to World War I, in an effort to conserve energy as a part of the overall war effort. The change was not particularly popular among farmers, who had to contend with doing their early morning work in the dark, and ended up being repealed in 1920. However, after the United States was drawn into World War II in December of 1941, Daylight Saving Time made its return.

After World War II, some states continued to use Daylight Saving Time. The starting and ending dates for the changing of clocks was left to the individual states to decide until 1966, when the federal government decided to standardize the time change. The Uniform Time Act set the start of Daylight Saving Time as the last Sunday in April, when the clocks would move ahead an hour, and set the return to Standard Time for the last Sunday in October, when time would shift an hour back.

In 1986, the government, citing energy conservation concerns, pushed the Daylight Saving Time start date back to the first Sunday in April. Another Congressional change went into effect in 2007, providing Americans with the current time change dates of the second Sunday in March and the first Sunday in November. Interestingly, farmers are still vocal members of the growing group of people that would like to see this twice annual clock changing ritual stopped.

The expanding group that would prefer to stop changing the clock increasingly includes scientists and health professionals. That is because the shifting of the time, thereby skewing the time associated with sunrise and sunset, can be disruptive to the circadian rhythm, the sleep-wake cycle and overall sleep quality.

Sleep, both amount and quality, are intricately linked to health, impacting immune system function, hormone production and metabolic activities. Sleep deprivation and poor sleep quality are associated with an increased risk of numerous diseases and health conditions, such as diabetes, obesity, cardiovascular disease and some cancers. Even short-term sleep disruptions can have a negative impact on your health, mood and cognitive function.

Studies have found that traffic accident and workplace injury rates increase the period directly after the clock changes, especially during the spring time change. Heart attacks and other cardio events tend to be higher after that spring time change. Increased rates of suicide and depression have been linked to the fall time change.

The healthiest way to make a change to your sleeping schedule is to do it gradually. Start preparing for the changing of the clocks a week before it actually happens. Adjust your sleeping and waking times in small increments, just 10 or 15 minutes at a time. Support this gradual change by being more proactive about your sleep hygiene.

Establishing regular sleep and wake times, even on days off from work or school, is an important part of sleep hygiene. Develop a bedtime routine designed to help you relax and transition into sleep. A warm bath, a period of meditation, some reading or some other quiet, relaxing activities can help to signal your brain that it’s time to shift from an active day into restful, restorative sleep. Make sure your bedroom is comfortable, cool and dark. 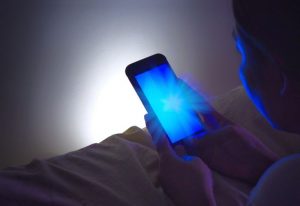 Avoid bright lights in the couple of hours before bedtime and that does include the light from screens, such as your mobile phone. Light is a powerful signal for the circadian rhythm, which impacts the sleep-wake cycle and sleep quality. Bright evening light can delay your sleep time. To sleep better at night, make sure to get daily bright morning light exposure.

Physical activity is also important to sleeping better. However, avoid working out in the evening. Your body evolved to be active in the day and to rest at night. Disrupting that rhythm can disrupt your sleep. Don’t drink caffeinated beverages in the late afternoon or evening, especially during the time change adjustment period. If you must nap, keep it short, just 20 to 30 minutes. Refrain from napping in the late afternoon or evening because that can interfere with sleep timing and quality.

When you approach the time change as a process, transitioning into it, instead of as a single night’s event, you help to protect your physical health and mental well-being. Making sure you’re getting the sleep you need and keeping your circadian rhythm healthy can go a long way towards mitigating the impact the time change can have and maintaining healthy sleep during Daylight Saving.