When we gain an hour the first Sunday in November due to the return to standard time, our internal clock is better able to adjust than it is in the spring when daylight saving causes us to lose an hour of sleep. The German chronobiologist Dr. Jan-Dirk Fauteck has evaluated scientific data on this biannual time change and for people with cardiovascular concerns, he gives the “all clear” when it comes to the autumn time change. Apparently, the gift of longer nighttime hours is perceived as a blessing by our bodies. On the first Monday and the first Tuesday after the autumn time change kicks in, five to 10 percent fewer heart attacks and other heart issues have been noted, compared to the average. However, a very different picture emerges in the spring…

In the 200 major American cities studied, on the Mondays following the switch to spring daylight saving time, or DST, internet surfing and the scope of social media activities increased considerably compared with the Mondays before and after. In the journal Applied Psychology, an increase in significant sleep deprivation was also reported.

While this does not sound very threatening to our health, other figures actually reflect more serious implications. 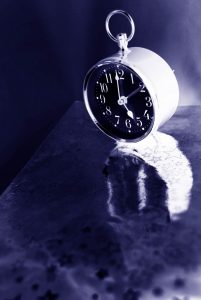 Let’s first explore the effects of the time change on heart health. In March 2013, the American College of Cardiology revealed in its journal that on the Monday after adjusting the time just one hour forward, the likelihood of a heart attack increased by 25 percent. The University of Alabama determined a 10 percent increase in heart attacks and other serious attacks on both Monday and Tuesday after the introduction of spring DST.

For Swedish scientists in the far north of Europe, the first Tuesday of spring DST is a particularly dangerous day. Conversely, those same statistics decrease in the same order and in equal proportions on the Mondays and Tuesdays after the change back to standard time in the fall. A certain type of headache that is felt in only one-half of the head and that can last for days or weeks can apparently also be triggered by the spring time change. In this respect, people seem to tolerate the fall time change on the last Sunday in October better.

Data from the insurance industry also points in this direction. A correlating, striking increase in traffic accidents can be explained by decreased alertness. This also applies to injuries and incidents in the workplaces in which physical performance is part of the job.

The circadian rhythm extends over the 24 hours that make up a day and primarily serves to control the release of hormones. In this role, it acts as the main engine for emotions, for feelings such as hunger and for the need for sleep. Now, scientists around the world have insight into how the human body’s internal clock noticeably registers the supposedly minor change of 60 minutes associated with daylight saving.

Researchers blame disturbances of the usual sleep cycle and their effects on stress hormones for the significant increase in heart attacks in the first days after the introduction of spring’s DST. Stress hormones are special messengers induced to adjust organs to changing and potentially difficult conditions.

The idea of daylight saving time was proposed in the 18th century by the scientist Benjamin Franklin in order to burn fewer candles and make better use of sunlight. But the few decades since the introduction into law in 1966 haven’t been enough to biologically allow our internal clocks to adjust by one hour in a single night. 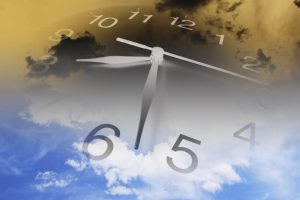 Time changes like this are anything but meaningless for the body. The hormones responsible for drive and adaptation, such as cortisol and related substances, actually change the genes that are associated with the development of silent cellular inflammation processes in the body. This results in stress being placed on the cardiovascular system. In such situations, the immune system’s functions are also restricted and in conjunction with other risk factors, the likelihood of diabetes or even cancer increases.

Specific biological changes can be precisely measured.  Elevated levels of the steroid hormone corticosteroid from the adrenal glands slow down the formation of new nerve cells in the hippocampus region of the brain. Lack of sleep can trigger hunger during the day even if a person isn’t tired, and can therefore also contribute to obesity, a pre-diabetic condition, or insulin resistance.

Ways to Reduce the Health Risks of Daylight Saving Time

Anti-aging physicians such as the chronobiologist Dr. Jan-Dirk Fauteck also see signs of disturbance of the production of the growth hormone HGH normally released during sleep—a disturbance which clearly contributes to premature aging.

Our modern lifestyle dictates that many people ignore the rhythm of their internal clocks in ways other than following the semi-annual time changes. Anti-aging medicine recommends the following actions to keep health disturbances caused by seasonal time changes at a minimum:

Keep electromagnetic fields (EMF) out of the bedroom. EMFs interrupt the power of the pineal gland and therefore also affect melatonin production. Apart from that, EMFs have other additional, negative biological effects that are particularly noticeable at night.