January Found to be the Most Dangerous Month for Heart Attacks

Are you at risk for a heart attack? If so, studies suggest that the first month of the year is the time to step up your efforts to protect your cardiovascular health.

Heart attacks are the number one cause of death in the world, making this one of the most common—and most deadly—medical conditions. Although this is a prevalent and very feared malady, many people do not understand exactly how timing can play a role. New research is shedding light on the timing behind heart attacks, which may allow people to be more proactive when it matters most.

Most people recognize the telltale signs of a heart attack: severe chest pain that radiates to the left arm or the jaw, shortness of breath, a sense of chest pressure or discomfort, fatigue and sweating. These signs often mean that a person is having a heart attack or about to, which necessitates emergency medical intervention such as a bypass operation, a stent or another procedure to stop the damage and restore good blood flow. Also called a myocardial infarction, a heart attack occurs when the heart suffers permanent damage from a loss of blood supply. Like all cells, the cells of the heart are dependent on arteries to supply them with blood carrying oxygen and nutrients. Coronary arteries that perfuse the heart are very small, which means they can be blocked by even small clots and plaque build up.

When a person suffers a myocardial infarction, some of the cells of the heart die. This means that the heart can longer pump blood at its former capacity, potentially compromising every cell in the body and ultimately our lives. While modern medicine has brought many new ways to prevent and treat heart attacks, many people still die from this feared medical condition every year. As with all human disease, understanding heart attacks is important in preventing them from happening in the first place.

Why Are Heart Attacks More Likely in January? 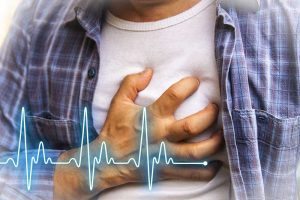 According to new research, heart attacks do not always happen with random timing. People are more likely to have them in the winter months, specifically in January. A third more cardiovascular events, including heart attacks and strokes, occur in the first month of the year. This is true even in sunny locales such as Los Angeles.

There are several proposed reasons for this seasonal trend. Air quality goes down in January, leaving people to breathe more fumes leading to higher levels of inflammation. In addition, people are more likely to be sick with illnesses such as influenza, which strain the heart immensely. There are likely other factors that are currently unknown, but the trend is clear. If you are likely to have a cardiovascular event, January is a month to take especially good care of yourself.

Heart attacks do not follow only seasonal patterns, but circadian ones as well. People tend to have more heart attacks in the morning hours. This may be partially due to higher cortisol levels, but higher levels of clotting factors likely also play a role. Early morning is the time when proteins that contribute to clotting—and thus contribute to blocking coronary vessels—are at their highest levels. Blood pressure also tends to be higher in the morning hours. If you believe you may be prone to having a heart attack, it is especially important to manage your medications so they have their highest effect at the time when your heart is most in danger.

Timing Is Everything in Health

Because heart attacks follow a definite rhythm, treatments and medications may be most effective when they also are timed carefully. Some blood pressure medications have more of an effect when taken late at night, so morning blood pressure never builds to a dangerous high. Taking an aspirin at night similarly may prevent clotting in the early morning, when the medication will have the most effect. The practice of planning medications for the times when they will have the most impact is known as chronopharmacology. Chronopharmacology has become standard in the treatment of cardiovascular disease and may soon be an important part of cancer treatment as well.

Tens of millions of people suffer from cardiovascular disease, often managing it with a mixture of pharmaceutical medications and lifestyle changes. While people who have had a heart attack often can live with some damage to their heart, the best cure is still prevention. Timing when you take certain medications aimed at protecting your heart may allow more people to live longer, healthier lives without having to live through the scary and life-threatening experience of having a heart attack.