Alzheimer’s disease and similar forms of dementia are among the most feared diseases of aging. Research suggests that these conditions are caused by plaques and other build-ups of toxins in the neurons of our brains. New studies on how light therapy protects the brain found that light therapy — and even sound therapy — may help to reduce the plaques and toxin build-up that can lead to memory loss, cognitive decline and other symptoms associated with dementia.

Toxic Build-Up: A Cause of Alzheimer’s Disease? 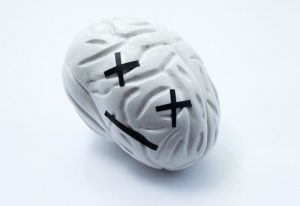 Although Alzheimer’s disease is most commonly seen in old age, it is not a normal part of the aging process. While it is normal to suffer slow and mild cognitive decline, neurodegenerative diseases like Alzheimer’s present much more rapid and serious symptoms.

Alzheimer’s disease and similar afflictions begin with memory loss, but they can rapidly progress to involve loss of one’s personality, loss of mental abilities and an inability to perform even the most basic self-care. These symptoms are thought to be caused by a build-up of toxic substances in the brain. These toxins create plaques and tangles in brain cells that gradually reduce the ability of the brain’s neurons to function.

The direct cause of Alzheimer’s disease is known, yet finding a cure is more complicated. The toxins involved in Alzheimer’s disease do not come from our environment, but rather from our brain cells themselves. They are metabolic wastes that most people are able to clear from their bodies. For various reasons, some do not appear to get rid of these metabolic wastes as efficiently, leading to the development of the disease. However, new breakthroughs may offer new avenues for preventing and treating this and other causes of dementia.

Could Light Therapy Reduce the Toxins That Cause Alzheimer’s Disease?

Our neurons communicate in oscillating electrical activity; waves of electrical impulses that are sent throughout the brain and our nerves. In a clinical study, researchers decided to see if exposing mice with Alzheimer’s disease to flickering light could stimulate their neurons to work more effectively.

Surprisingly, it was noted that mice exposed to flickering lights not only had faster electrical signals, but also had lower levels of the toxic beta-amyloid material that causes the disease. In a more recent study, researchers combined the flickering lights with sound, which produced an
even more dramatic effect both on cognitive abilities and on toxic build-up in the brain. For reasons that we do not completely understand, certain types of light and sound appear to work together to help the brain function better and clear certain toxic waste accumulation.

The effects of this treatment lasted around one week, which suggests that people (and mice) who use this treatment may need to undergo therapy on a regular basis. However, there may be ways to modify the treatment so it has longer-lasting effects or so that it may even prevent the disease in people who are genetically predisposed to it. Nonetheless, this research offers new hope for a safe and non-medical cure for a disease that currently has few treatments.

How Sound and Light Therapy Protects the Brain

How exactly can light and sound have this effect on neurons? Researchers believe that it’s due to the way the oscillating light and sound appear to affect microglia. Microglia are specialized cells that act as the waste disposal department of the brain. These cells appear to exhibit less inflammation and more efficient activity when we are exposed to light and sound at certain frequencies. They are thus able to perform their duties more efficiently, including getting rid of the toxic proteins that can cause Alzheimer’s disease.

Interestingly, this effect only appears to occur in brains that are predisposed to Alzheimer’s disease and beginning to suffer from a build-up of toxins. Mice with young brains showing no toxic accumulation experienced no effects at all. It is possible that people who suffer from dementia have impaired microglia that can be partially healed by the right wavelengths of light and frequencies of sound. 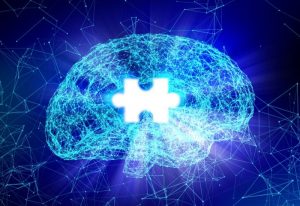 There is still a great deal that we do not understand about how light affects the human body and brain. Although we may not yet be able to effectively use light to prevent and treat Alzheimer’s disease, it remains a promising treatment for the future. Getting the right amount of light at the right time appears to be an important way to maintain good health and prevent disease.

How the Moon Influences Reproduction, Sleep and Mood

For thousands of years, there have been theories, beliefs and myths connecting the moon to... [Read More][weiterlesen]

Sleep and Aging: Can Deep Sleep Keep You Young?

It is well established that deep sleep is essential to overall health and well-being, both... [Read More][weiterlesen]

While comfort may be the first thing that comes to mind when thinking about the benefits o... [Read More][weiterlesen]