The Seasonality of Alzheimer's: Dementia Symptoms Worsen in Winter

Governed by a countless number of internal rhythms that take their cues from the cycle of the sun and moon, the human body shares a delicate relationship with the passing of the seasons. The seasons have an effect on nearly every aspect of human biology, including how our very brains function. One well-known example of this is Seasonal Affective Disorder (SAD), which is a form of depression that tends to come on in the shorter days of wintertime only to alleviate in spring or summer when the days begin to lengthen. 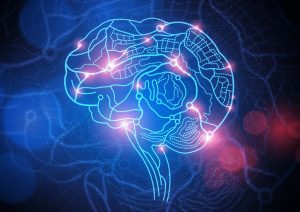 Those with SAD take an especially hard hit to their circadian rhythms as the seasons turn. During winter months, SAD sufferers tend to overproduce melatonin, which is a hormone primarily known for its role in regulating sleep. In wintertime, people with SAD have difficulty regulating serotonin levels and also see a drop in vitamin D production, whose potential role in serotonin modulation has been linked to increased depressive symptoms. The physiological and psychological effects of seasonal changes are undeniable. Now, new research discovers that with Alzheimer’s disease, dementia symptoms worsen in winter.

Previous research suggests that seasonal changes impact the cognitive abilities of younger populations, but there is little existing data or understanding of their impact upon older adults. To that end, a team of scientists recently set out to better understand how the rhythms of the seasons affect an older population.

According to the team’s findings, which are now published in the journal PLOS Medicine, older adults,  both those with Alzheimer’s disease and those without, possess markedly better cognitive performance in late summer and early autumn than during spring or winter.

Scientists Delve Deeper Into How Seasons Affect the Aging Mind

Alzheimer’s disease is a devastating condition that impacts the daily lives of over five million individuals in America alone. According to the CDC, it is estimated that by the year 2050, this number will climb to approximately 14 million, making Alzheimer’s research and attempts to crack the underlying mechanisms of the disease all the more important. This fact is exactly what the research team were hoping to shed light on in their newest work.

The team of scientists analyzed data from over three thousand older individuals located in Canada, France and the United States. All participants underwent neuropsychological examinations of concentration and thinking ability. For some participants, levels of particular proteins and expressed genes associated with Alzheimer’s disease were measured.

An analysis of the data revealed that whether or not individuals were diagnosed with Alzheimer’s disease, there was a marked decline in cognitive function during spring and winter when compared to summer and fall. Researchers estimated the difference to be an age equivalent of nearly five years of typical cognitive decline.

According to the researchers, participants were 31 percent more likely to meet criteria for the diagnosis of cognitive impairment or dementia during spring or winter. These changes remained consistent even after controlling for other variables that affect cognition such as physical activity, sleep quality, symptoms of depression and thyroid hormone levels. 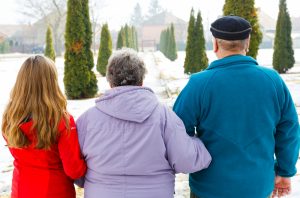 However, the researchers note there are some limitations to this data as the measured subgroup was from a limited geographic region and was only tested once a year.

The team continues to probe the aging brain with the hopes of being able to pinpoint the molecules behind this seasonal shift. If successful, perhaps one day medications may be developed which could mimic the improvements to cognitive function that normally accompany summer. Further research is needed on a larger scale in order to confirm the effects of seasonal rhythms and examine other potential triggers and treatments, such as light exposure and the use of phototherapy.

As to what this could imply for the future of Alzheimer’s treatments, the authors conclude, “there may be value in increasing dementia-related clinical resources in the winter and early spring when symptoms are likely to be most pronounced. By shedding light on the mechanisms underlying the seasonal improvement in cognition in the summer and early fall, these findings also open the door to new avenues of treatment for Alzheimer’s disease.”

Why Mental Well-Being Tends to Be Higher in Summer