Circadian Rhythm and Alzheimer's Linked by a Little-Known Brain Nutrient

Most of us look forward to our golden years and the freedom of retirement. However, for some people, these decades are marked by confusion and rapid cognitive decline. Alzheimer’s disease is one of the most devastating neurodegenerative diseases affecting the elderly, with very few effective treatments and no real cures. Previous studies have found a connection between disorders of the circadian rhythm and Alzheimer’s disease, but could not determine the exact link. New research suggests that a polyamine called spermidine, present in a variety of foods, may prevent and even treat a wide variety of age-related brain changes.

The cells in our body are differentiated and each type of cell is responsible for performing specific functions. As a result, different cells may have different nutritional needs. Researchers are just beginning to discover the roles of various tissue-specific nutrients. Spermidine is one of these specialized nutrients, a polyamine that plays a very important role in the brain. It is found in a wide variety of foods including cheese, soy, mushrooms and lentils. 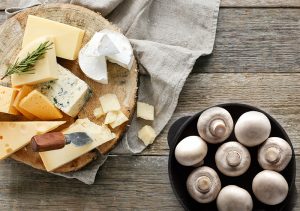 Our brain communicates using an intricate system of neurons that are connected at synapses. Like a plug in an electrical socket, these synapses pass information to each other. They may pass this information via neurotransmitters and electrical impulses. Over time, these synapses begin to slow down, making it difficult to pass messages and signals effectively. In fact, these synapses are usually the first area to fail in age-related neurodegenerative diseases such as a Alzheimer’s disease. Spermidine appears to slow or stop this degradation of synapses, allowing brain tissue to continuing functioning optimally into old age.

According to new research, spermidine helps to maintain the health of neurons and synapses by clearing out metabolic waste and dead cells. This is significant to diseases such as Alzheimer’s disease, where the build-up of waste products in cells is an important contributor to the disease. When this build up is slowed, the brain can function more quickly with a much slower rate of decline. Messages are spread more quickly and efficiently across synapses. This clean and streamlined brain space also appears to have effects on the circadian rhythm.

Low levels of spermidine have been linked to both disturbances in the circadian rhythm and neurodegenerative diseases such as Alzheimer’s disease. Studies on cultured in vitro cells, as well as experimental animals, have found that polyamine levels, which fluctuate over the day due to feeding, are an important regulator of the circadian clocks. This includes the amine spermidine. When people do not take in enough of these nutrients, they often have a lengthened circadian rhythm, which is commonly seen in the elderly and people who have Alzheimer’s disease. On the other hand, many of the circadian dysfunctions seen in people with Alzheimer’s and other degenerative diseases may be effectively treated by adding polyamines such as spermidine.

Spermidine also appears to be low in key brain areas in people who have Alzheimer’s disease. Alzheimer’s patients had on average 35 percent less of this polyamine than elderly people with healthy brain function in areas of the brain linked to cognition and memory. This can lead to altered “cell clean up” and slower function, eventually contributing to neuronal degeneration and death. A study of Drosophila, a fruit fly species that suffers cognitive decline in old age similar to humans, found that simply adding a spermidine supplement could increase cell repair and metabolic waste removal in the brain while immediately improving cognitive function. 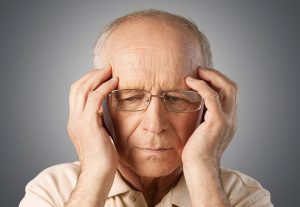 Spermidine may be the mechanism by which neurodegenerative disease and changes in the circadian rhythm are connected. It is well-known that Alzheimer’s disease can cause changes in people’s sleep-wake cycle. In addition, several studies have suggested that an altered circadian rhythm at younger ages can predict a higher Alzheimer’s risk. The fact that low levels of spermidine are linked to both of these disorders suggests that a deficiency of this polyamine could cause both. These new studies are promising because they offer a possible mechanism for the link between circadian dysfunctions and neurodegenerative disease. In addition, they offer hope of effective future treatments. In the future, people may be able to simply take a supplement that corrects many of their age-related neurological changes.

Most people feel healthier and have a clearer head when they get a good night’s sleep. There are several ways to accomplish this. Experts recommend simple lifestyle changes such as taking a melatonin supplement and maintaining good sleep hygiene in order to keep a well-regulated circadian rhythm. However, eating more spermidine also may help be beneficial. If you are interested in getting more of this polyamine in your diet, choose foods including:

Some people do not get enough of these foods in their diet and thus can benefit by trying to eat more of them.

Alzheimer’s disease remains one of the most devastating diseases to affect old age. However, this new research offers a concrete and simple way that we can all lower our risk. While there are currently no spermidine supplements on the market, there are plenty of healthy foods with enough of this nutrient to help us have optimal cognition and memory.