Melatonin Benefits the Immune System, Especially in the Elderly

With cold and flu season approaching, many of us are looking for ways to stay healthy. Everyone seems to have a bottle of hand sanitizer in their pocket at this time of year. In addition, people all over the northern hemisphere are loading up on vitamin C, echinacea and other popular natural ways to bolster the immune system. Although it is important to take certain measures like considering getting a flu vaccination and taking your vitamins, new research suggests that getting enough sleep also may be crucial to keeping your resistance high. In short, it appears that melatonin benefits the immune system, especially in the elderly. 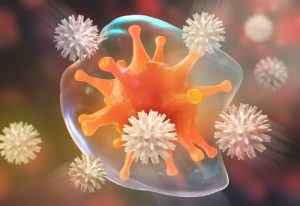 As we near the end of our lives, our bodies and organ systems slowly become less functional. This is particularly true of the immune system. In elderly people, the immune system is less able to differentiate its own cells from those of germs, leading to an increase in autoimmune diseases. T cells and macrophages begin to act more slowly, allowing infections to become more serious before they are detected by our immune cells. In addition, our antibodies simply become less effective.

Doctors have responded to this heightened risk in a variety of ways. Elderly people are encouraged to get a few extra immunizations; minor illnesses are taken more seriously and treated aggressively in aged people. According to new research, melatonin supplements also may be an important way of boosting older immune systems.

How a Sleep Hormone Can Affect Your Immune System

The relationship between melatonin and the immune system has been known for more than a decade, although we are still learning more about how the two affect each other. Our white blood cells, which are the main player in human immune function, have melatonin receptors. This suggests that melatonin affects their function in some way. In particular, melatonin appears to stimulate the release of cytokines and other proteins that help attack an invading infection.

At the same time, melatonin acts as a powerful anti-inflammatory, helping to prevent or reverse some of the damage that occurs when the immune system attacks our own tissues. Scientists are not currently sure how melatonin can stimulate the immune system when it is needed while suppressing it when it is not needed, but it appears to have exactly this action.

According to a new study, these immune-modulating effects are especially dramatic in elderly people. The age-related dip in immune function begins around 60 years of age. A recent study of aged mice found that they began producing more cytokines and other immune molecules in response to being given melatonin at night. In addition, their immune function could be predicted by the amount of melatonin in their bloodstreams just before bedtime, suggesting that this hormone has a variety of positive effects on immunity in elderly people.

Researchers believe that melatonin may function as a link between the circadian rhythm and the immune system, allowing these two seemingly separate systems to interact with each other. In elderly people, who have both impaired melatonin production and impaired immunity, a melatonin supplement could be extremely important for whole-body health. Indeed, melatonin has been shown to play a variety of roles in the human body — and there are likely more that we don’t know of yet.

Effects of Melatonin on Illness 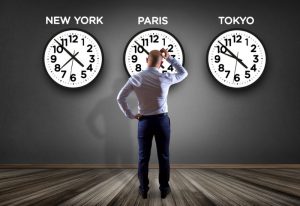 The links between melatonin and immunity are not surprising to anyone familiar with the prior research on this hormone. Several former studies have found a lower incidence of infectious illness when people have a well-regulated circadian rhythm, including having ample amounts of melatonin released at night. In addition, low melatonin levels may be the reason that people are more likely to get sick when they are jet-lagged.

There is also a significant link between melatonin levels and the incidence of cancer. People who work night shifts or otherwise are deprived of melatonin over a long period of time are at significantly higher risk of certain types of cancer. This indicates a link to the immune system because cancer has been found to require oversights in our body’s most basic defenses. Because melatonin is a powerful antioxidant and DNA repair agent, it is easy to see how low levels could contribute to this feared disease.

Ultimately, getting enough sleep and taking other measures to keep a regulated circadian rhythm are both important ways to support good health. Melatonin does not just help you sleep, but also helps a variety of systems to work as they were intended. This is especially true in elderly people, who appear to be at the highest risk of low melatonin. Taking a melatonin supplement at night may not be the fountain of youth, but it appears to be extremely important in supporting a healthy lifestyle.