An increasing number of Americans and residents of industrialized nations worldwide are being diagnosed with autoimmune diseases every year. Although modern medicine has given us new treatments and even cures for a variety of different illnesses, there are very few treatments that can alleviate autoimmune disease. However, a new study on how the time of day affects autoimmune symptoms could offer new ways of treating this complex and increasingly common group of diseases. 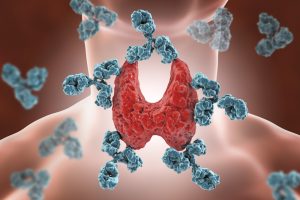 Although we do not know exactly why some people develop autoimmune diseases, we understand a great deal of their pathology. Autoimmune diseases occur when the body’s immune system begins to attack its own tissues. Lupus, Crohn’s disease, Hashimoto’s thyroiditis and rheumatoid arthritis are all common autoimmune diseases with distinctive antibodies that can be detected in the bloodstream. Although the symptoms of each disease vary, the most commonly reported ones are pain, fatigue and fever.

However, treating autoimmune disease is an immense challenge. There are several medications that reduce immune system activity, but these can leave patients at higher risk of cancer and infection. In addition, anti-inflammatories are used to take down the inflammation, but come with a long list of serious side effects. Autoimmune illness is a huge challenge to treat and affects a growing number of people every day, which is why it is the subject of intensive study at this time. According to new research, there may be ties to the body’s internal clocks that have a huge impact on severity of both symptoms and the disease itself.

Researchers looked at mice who suffer from multiple sclerosis, a common autoimmune disease in humans as well. Those who had a functional BMAL1 gene had periodic immune suppression throughout the day, which means they experienced times with fewer autoimmune symptoms. However, when the BMAL1 gene was deleted, autoimmune attacks worsened in severity and also had no particular timing. It appears that BMAL1 reduces the immune system at regular intervals throughout the day, providing much-needed breaks from autoimmune symptoms. Over time, this cycle of immune activity can have a huge impact on accumulated autoimmune damage.

This is not the first study to find that internal clocks are linked to both risk and severity of autoimmune disease. In fact, there is a new field called chronoimmunology dedicated to the study of how immune systems affect and are affected by timing and clocks. Previous studies have found that young adults who work odd shifts, for example, have a higher risk of developing an autoimmune disease later in life. Further, multiple sclerosis has been found to be more active in the spring and summer, a difference that is attributed to lower levels of melatonin in the lighter months.

There are also other genes that may have a role in how the immune system interacts with our biomolecular clocks. The PER 1/2 genes also are circadian genes that appear to influence the immune system. Cortisol and melatonin, both hormones that help to regulate daily rhythms, also have an effect on the immune system. In balanced amounts, our clocks maintain balanced immune activity. In autoimmune disease, the picture becomes much more complicated. Researchers are only just starting to tease out the many connections between the immune system and internal rhythms, but the research so far is promising. 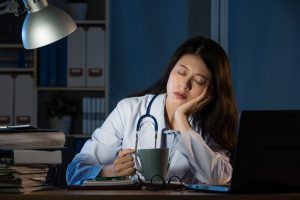 Keeping a well-regulated circadian rhythm appears to be one of the most important health decisions that a person can make. However, in the modern world, this is often easier said than done. Modern people face several important challenges to their internal clocks. Many people work in shift work or at other jobs that make it difficult to wake and sleep at regular times. In addition, the world is full of light pollution which can interfere with both sleep and melatonin production. However, experts say that there are a few ways to keep your internal clocks ticking on time:

Although this subject is still being studied, these steps may reduce your chances of developing an autoimmune disease and also reduce the severity of symptoms if you happen to develop one. In addition, maintaining a healthy and well-regulated circadian rhythm is important to your health in a variety of other ways. Keeping your circadian rhythm steady and ticking along is one of the best ways to encourage whole body health and wellness.