Maintaining a healthy circadian rhythm is essential to maintaining good health. Sleep disorders have been found to contribute to health problems ranging from fuzzy thinking to heart disease and obesity. Melatonin appears to be the missing link between disordered sleep and health problems, but the exact mechanism is still the subject of intensive research in many cases. However, researchers in chronobiology believe they may have found the precise way that melatonin helps people to achieve and maintain a healthy weight.

Melatonin and Your Metabolism

Produced by the pineal gland in response to light cues processed by the suprachiasmatic nucleus of the brain, melatonin is often associated with sleep. However, people who have a deficiency in this important hormone suffer much more than insomnia. Melatonin deficiency has been linked by chronobiology experts to obesity and metabolic syndrome.

There are several reasons for this correlation. People who do not sleep well are less likely to exercise and more likely to eat unhealthy food. In addition, melatonin has a stimulating effect on the pancreas and liver function, which are necessary for the maintenance of a healthy weight. However, it appears that melatonin also affects weight by stimulating the production of a type of adipose tissue known as brown fat.

What Is Brown Fat? 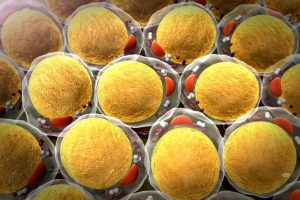 While laypeople tend to think of fat as unhealthy, scientists and health care personnel know that not all fat is created equal. For example, gluteal fat promotes a healthy hormonal structure and does not contribute to cardiovascular disease the way intermuscular and midsection fat do. However, the type of fat matters as much as the location.

While white fat is made to facilitate energy storage and makes up most fat on an adult human body, brown fat actually burns calories at a high rate. This fat, which is common in newborns, hibernating animals and other organisms that may struggle to warm themselves, acts as a furnace, rapidly converting other types of fat to heat energy.

Adults generally only create brown fat in response to specific environmental cues, such as prolonged exposure to extreme cold. However, a new study has found that melatonin may also stimulate the production of this calorie-burning type of adipose tissue.

Can You Use Melatonin For Weight Loss? 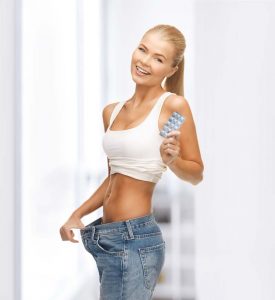 In a recent study, a group of rats, half at a healthy weight and half at unhealthy levels of obesity, were both given melatonin. Both groups began to form brown fat, which stimulates weight loss. These animals also become more sensitive to cold, which also can lead to more fat burned as heat energy.

The result was that the obese animals began to burn calories more rapidly and became leaner, despite having the same diet and exercise levels. When researchers examined a control group of obese rats, they discovered that obese rats had far lower amounts of brown fat than lean rats, and that both groups had lower amounts of brown fat than the animals given melatonin. While these are preliminary findings, they certainly suggest that melatonin contributes to the formation of brown fat, which is already known to promote weight loss.

While this study was performed on rats, it offers hope for humans who struggle to lose weight. Obesity has been linked to disorders of the circadian rhythm on many occasions; it is possible that a melatonin supplement could help to alleviate both issues. Melatonin is approved for the relief of sleep disorders, although people should talk to their health care provider before taking any supplement with the intention of losing weight.

Melatonin is crucial to maintaining a healthy circadian rhythm and getting a good night’s rest. However, it appears to play a role in a variety of necessary biochemical processes. The link between quality sleep and whole body wellness continues to grow stronger with each new study, offering hope to people who struggle with poor health.