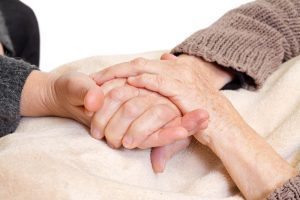 Parkinson’s disease, or PD, is one of the most common neurodegenerative diseases, affecting millions of people. Its four main effects include muscular rigidity, tremors, bradykinesia (or slow movement) and feeling unsteady while upright. However, sleep disorders and emotional disturbance are also extremely common. In fact, many people develop the sleep disorders associated with PD before having any other symptoms of the disease.

People with PD usually have trouble falling asleep and staying asleep. REM sleep is especially disturbed, with REM sleep occurring too late in the sleep cycle or even not at all. In addition, many have sleep apnea, which reduces sleep quality immensely. Much of the fatigue and emotional disturbance of this disease may be due to the sleep disorders that are part of Parkinson’s disease.

Melatonin is the main hormone associated with sleep. Secreted by the pineal gland from cues of the suprachiasmatic nucleus of the brain, melatonin attaches to receptors on cells and either activates or deactivates time-dependent genes. While the suprachiasmatic nucleus is not affected by Parkinson’s disease, melatonin receptors appear to decrease substantially in areas of the brain associated with Parkinson’s disease. This keeps melatonin from stimulating sleep in people who suffer from PD and leaves the circadian rhythm without one of its main sources of regulation.

How Can Timed-Release Melatonin Help?

Melatonin has long been used to treat sleep disorders. Researchers have found that while fast onset melatonin is best for sleep onset disorders or disorders that cause difficulty in falling asleep, it is not effective for sleep maintenance disorders. People who have sleep maintenance disorders have difficulty remaining asleep and thus need to have a steady dose of this hormone throughout the night, mimicking melatonin levels in people who have a healthy sleep pattern.

People with Parkinson’s disease usually have disorders of both sleep onset and sleep maintenance. It is important that they have a chronotherapy regimen including timed-release melatonin so they can get a full night’s sleep. Not only does this make them more comfortable and well-rested, research suggests that some Parkinson’s symptoms are made less severe by having adequate sleep.

Can Melatonin Treat Other Symptoms of Parkinson’s Disease? 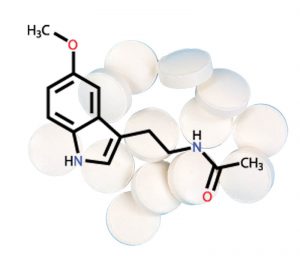 People with Parkinson’s disease who take melatonin tend to have fewer symptoms of less severity than those who do not take it. For a long time, this was attributed to the restorative nature of adequate sleep. However, we now know that melatonin is not only a sleep-inducing hormone but a neuroprotective one as well. Although it is still being researched, melatonin’s neuroprotective qualities are believed to actually slow the progression of PD, delaying the neurological damage that causes the progressive loss of neuromuscular function.

The circadian rhythm, or the body’s roughly 24-hour cycle, is also an important factor to consider in the timing of administration of other medications taken by people with PD. COMT inhibitors, for example, are a common drug class used to treat Parkinson’s disease. These absorb in far higher levels when taken in the morning, thus offering more therapeutic effect. Because the treatment of PD is complicated, it is important to take drugs at times when they will be most effective.

Studies in the field of chronobiology are offering new treatments for some of mankind’s most difficult diseases. People with Parkinson’s disease may soon get the sleep they need to function as well as more effective treatments due to a better understanding of this disease’s effects on the circadian rhythm.