Millennials weigh more than any generation before. Researchers suggest that circadian rhythm disruption may contribute to this.

Americans are more overweight than ever, but the latest generation of adults struggles with their weight even more than their parents and grandparents. Because being overweight or obese can increase the risk of a variety of diseases, doctors and researchers from a variety of disciplines have been trying to identify the causes of this issue as well as possible solutions.

Can Diet and Exercise Cure All?

Most people who are trying to weigh less are told that reducing calorie intake while burning more calories in exercise is the answer. While these remain very important parts of weight loss, they are not the only factors involved in today’s obesity epidemic. According to a new study, millennials who eat the same amounts as their ancestors will still be heavier.

What does this mean for modern young adults? Losing weight and keeping it off is a much more complicated proposition for them. While the same dieting advice is given to the new generation, scientists scoff. Jennifer Kuk of York University points out:

“That’s similar to saying your investment account balance is simply your deposits subtracting your withdrawals and not accounting for all the other things that affect your balance like stock market fluctuations, bank fees or currency exchange rates.”

In fact, millennials are far more active than ever while eating just slightly more than generations before. 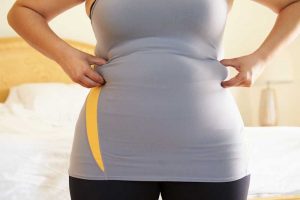 There are a few factors that are changing the way young adults gain weight in modern times and the rate at which they do so. First, more young adults are now taking antidepressants, steroids, and other medications that can lead to weight gain. Second, people now, even when eating the same amounts of macronutrients, are getting more of these calories from meat and sugar, both of which may disrupt intestinal bacteria that help regulate metabolism.

Another possibly most important factor is that modern people live in an epidemic of circadian rhythm disruption. Researchers in chronobiology have found that a lack of sleep leads to hormonal disruptions that can pack on the pounds. Leptin is a hormone that makes people feel full and also helps to stoke the metabolism, while the hormone ghrelin has just the opposite effect. When people do not get adequate sleep, leptin plummets while ghrelin increases, turning down the metabolism. These hormones are affected not just by the amount of sleep one gets, but by the quality and regularity as well.

In addition, people who don’t maintain a healthy circadian rhythm are more likely to snack rather than to eat healthy meals. This often means choosing less nutritious foods that don’t increase metabolism.

How to Lose Weight in Modern Times

Losing weight is especially challenging for people now, but that does not mean it cannot be done. In addition to eating the right amount of calories and getting plenty of exercise, there are a few lifestyle changes people should consider. First, eat less meat and sugar to allow for a healthy gastrointestinal tract. Second, use the latest knowledge about circadian biology to find the daily rhythm that works best for you and your metabolism. Go to bed at the same time every night, avoid bright light in the evening, and avoid alcohol, caffeine and other drugs that interfere with melatonin production.

Losing weight is more difficult now than ever before due to the challenges of modern life. Making healthy lifestyle changes is the key to achieving and maintaining not just a trim figure, but whole body health.