Our circadian rhythms, or internal clocks, control many vital biological processes such as sleep, cell cycles and even healing. However, new evidence suggests that circadian rhythms may also be a major player in seasonal affective disorder, or SAD.

What Is Seasonal Affective Disorder? 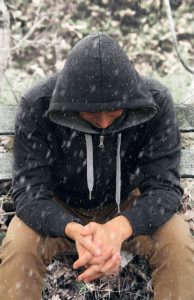 Seasonal affective disorder is similar in symptoms to depression. In addition, sufferers may feel an increase in appetite and a high level of fatigue compared to other types of depression. However, these symptoms only occur in cold weather months. One-tenth of adults in the U.S. and UK suffer from this disorder, and the rate is believed to be the same in other countries that have lower light quality in the fall and winter.

Once considered a myth, SAD is now considered a very real and debilitating major depressive disorder with a listing in the Diagnostic and Statistical Manual of Mental Disorders. It has been heavily studied because of emerging scientific and medical interest in chronobiology, or the study of how biological clocks affect the human body.

There are a few causes of seasonal affective disorder. First, it appears to have a genetic cause, as people are more at risk when they have a relative who has the disorder. Having a history of depression also increases one’s risk of developing SAD. However, new research suggests that the underlying cause is a disruption in the body’s natural circadian rhythm. Our internal clock depends on light to tell us when to sleep, when to eat, and even when our cells should divide.

Less sunlight means that these rhythms stop functioning as normal. Melatonin, the hormone that tells us to sleep, is particularly affected. SAD patients have high melatonin levels even during daylight hours in the winter. In addition, the lack of light cues to the hypothalamus creates low serotonin levels, which are responsible for other types of major depression.

Research on people who have seasonal affective disorder has found that they often have undiagnosed disruptions in their circadian rhythms. These minor disruptions may leave them vulnerable to SAD.

Treatment for seasonal affective disorder is similar to that for other forms of depression, including antidepressant medications and psychotherapy. Getting more exposure to light has also been found to help. The American Psychiatric Association recommends that people at risk for or suffering from SAD participate in outdoor exercise when there is sunlight and also use light box therapy under the supervision of a physician. Light boxes replace the sunlight lost to winter weather and help the brain restore neurochemical balance.

How Can Light Affect Mood? 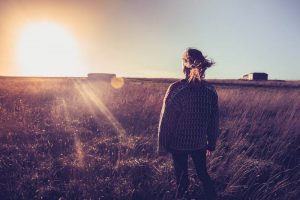 Many of our circadian rhythms are dependent on sunlight. Internal clocks that are dependent on sunlight are called diurnal rhythms. Our retinas have photoreceptors that use light to give us sight. However, these also monitor light levels and pass messages about these levels to the brain, especially to the suprachiasmatic nucleus of the hypothalamus where many of our circadian rhythms are controlled.

Because diurnal rhythms play such a huge role in mood and sleep, changes in the quality of light can affect these immensely. Melatonin levels increase, making people sleepier, while serotonin levels drop and leave people without a sense of joy. It is easy to see how these biochemical changes can lead to depression in people with a genetic predisposition. Even a half hour a day of phototherapy has been shown to reduce the symptoms of seasonal affective disorder.

Seasonal affective disorder can be a debilitating health struggle. However, it also is an area of interest to researchers. We are only just beginning to understand the massive role our circadian rhythm has on functions of our bodies and our quality of life.