New Insights Into the Use of Melatonin as an Antioxidant

A lot of research has been released about melatonin and chronobiology in the past few years. We now know that melatonin is not just important for sleep, but important for a variety of functions. According to new research on melatonin as an antioxidant, this circadian hormone may also play an important role in keeping our cells—and particularly our mitochondria—healthy and undamaged. 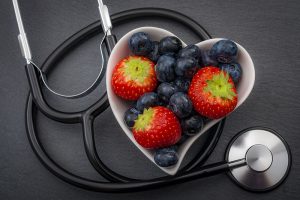 Most people are familiar with the term antioxidant but do not really know what it means. Our bodies use oxygen to generate energy, which is why breathing is important to keeping cells alive. Part of this process involves splitting elemental oxygen, or O2, into two negatively charged oxygen atoms called free radicals. Because these atoms are negatively charged, they can bind to other proteins in the cell and render them useless. This causes damage to delicate structures and can even kill the cell.

Oxygen is not the only source of free radicals, although it is the main one. We also can develop free radicals in reaction to sunlight, radiation and certain toxins in our environment. Unfortunately, these free radicals have been linked to premature aging, cardiovascular disease, cancer and a variety of diseases. Antioxidants help to prevent disease by neutralizing these free radicals so they can be safely removed from the cell before they cause damage. Several vitamins, such as vitamin C, act as antioxidants. It also appears that the human body may make its own homegrown antioxidant in the form of melatonin.

More Than Sleep: Melatonin as an Antioxidant

Melatonin is made by almost every animal, including invertebrates. Produced in the pineal gland, this hormone helps us to fall asleep. However, its role extends far beyond bedtime. Because most animals perform crucial cell repair processes while sleeping, melatonin is a cue to begin repair and general housekeeping from the day. In addition, it appears to act as an antioxidant in its own right. It binds directly to oxygen and nitrogen radicals, preventing them from causing damage. It also stimulates the body to make other antioxidant enzymes.

This may be part of the reason that people who work shifts or otherwise have a disrupted circadian rhythm have a statistically higher risk of developing heart disease, cancer and other life-threatening syndromes. They do not produce as much melatonin or produce it in a dysregulated manner, preventing damage from being repaired as quickly and efficiently.

Melatonin’s Role in the Mitochondria 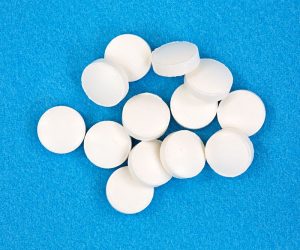 The role of melatonin as a powerful antioxidant may extend into the inner reaches of the cell, the mitochondria. Mitochondria are also known as the powerhouse of the cell, the place where oxygen and nutrients from food are converted to usable energy. As a result of these reactions, it is also at particularly high risk for damage from free radicals.

According to new research, there are special transporting proteins that move melatonin into mitochondria, even in bacteria and the earliest of organisms. Once in the mitochondria, melatonin functions as an “apex antioxidant,” or the main antioxidant. It scavenges free radicals, induces the production of other antioxidant enzymes, and helps to make energy-producing reactions more efficient so fewer free radicals are formed. Mitochondria appear to produce melatonin in small amounts in addition to what they get from the general blood supply, suggesting that melatonin is even more important as an antioxidant than we previously believed.

This may be bad news for the millions of people who have sleep disorders. After all, if melatonin is crucial to health then a dearth of it is certainly concerning. However, there is good news in this new study as well. First, while melatonin from the pineal gland is important, it appears that mitochondria produce their own in small amounts. Even people with sleep disorders will have a baseline level of this hormone where it is most needed. Second, there are many ways to improve one’s sleep and thus to increase melatonin production. These include:

Melatonin is one of the most salient parts of animal life, performing a similar range of functions in creatures from bacteria to insects to mammals. This suggests that its role is essential to survival. This new discovery about melatonin’s role as an antioxidant suggests that we are only just discovering the tip of the iceberg when it comes to the effects of this hormone on human health.