People throughout the developing world are gaining weight faster than ever before in human history. As the social and health cost of obesity continues to soar, many scientists are looking for root causes. Why are our waistlines expanding at such a dramatic rate? According to several new studies on meal timing and weight gain, a growing tendency to eat at later hours may be contributing to the problem. 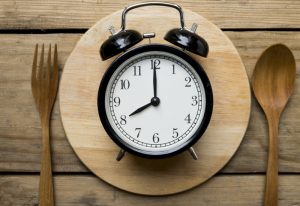 Many people have heard the standard dieting advice that we should not eat late in the evening or at night. Several recent studies have supported this guidance. People who eat later in the day tend to make less healthy choices and to eat more calories. Unsurprisingly, they also tend to weight more. But is this increased weight due to negative food choices or to the timing itself? Several other studies have attempted to answer this question.

One study looked at the amount of food that different study participants ate as well as other factors like what they ate, the time and where they were in their daily rhythm. This study found a strong tendency toward weight gain when people ate closer to the time when they release melatonin — that is, bedtime. This correlation between weight gain and eating in the time before bed was present even when adjustments were made for the amount and types of calories ingested.

A new study on weight gain and meal timing further adds to the body of evidence suggesting that late-night eating may be worse for your waistline. Researchers looked at 31 adults who were either overweight or obese. The study participants wore a special watch that tracked their activity as well as their sleep-wake cycles. They also tracked all calorie intake using a smartphone app. A glucose meter was used to verify eating times.

Most participants slept an average of seven hours at night and had an eleven-hour eating window during the day. Those who ate their meals later in the day had a higher BMI (a metric that compares weight and height) and higher levels of body fat. This was true even when adjusted for caloric intake and hours of sleep, suggesting that eating habits and sleep schedules were not the primary cause of the increased pounds and fat.

Although this was a small study, it confirms what many researchers and doctors have suspected for years — that when you eat may be a crucial factor in how much you weigh.

Why Does Weight Matter?

Millions of pages have been written about the obesity epidemic in the Western world. Although we have had an ample food supply for the better part of a century, only the last two decades have seen a sharp increase in average weight. Although extra pounds are often seen as a merely cosmetic issue, having high weight and body fat can actually have devastating health effects. 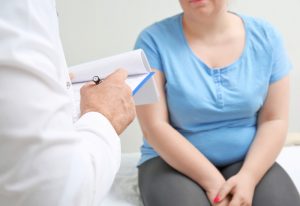 People who are overweight and obese also have higher health care expenditures and a higher rate of disability, combined with a significantly lower life expectancy than people who are within an ideal weight range. However, achieving a healthy weight is not as easy as it might seem. Many people struggle to lose weight despite careful attention to diet and exercise.

Could simple timing be the answer? Although it is unlikely that the time when you eat is the only factor in one’s weight, it appears to be a definite factor. Avoiding food late at night may help many people to finally achieve the healthy body that they seek.

Should You Be Counting Hours Instead of Counting Calories?

Working with your circadian rhythm may help you to achieve or to keep a healthy weight. Avoid eating in the hours before bed, when your circadian rhythm is working against you. Get plenty of sleep, which has been found to support whole-body health. We are just beginning to understand how timing can affect your weight, but the link is clear.