The Benefits of Fasting: Use Meal Timing to Supercharge Health in the New Year

With the dawn of a new year comes the inevitable resolutions — which usually include losing weight and making other changes that will contribute to better health. Intermittent fasting is one of the most current dietary trends. Many people are fasting for short periods of time, not just to lose weight but to gain other health benefits. New research on the anti-aging benefits of fasting shows that there may be solid evidence behind this practice’s numerous purported health benefits.

What Is Intermittent Fasting? 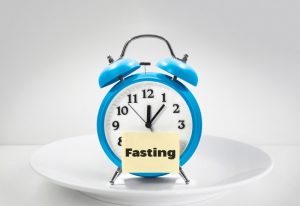 Many food and dieting trends of the past focused on what you should eat. Intermittent fasting instead focuses on when you should eat. According to many people, this approach may present an easier way for many people to lose weight and gain health in a modern world with endless food choices.

There are many different kinds of intermittent fasting, but all feature periods of fasting interspersed with times when you can eat freely. One of the most popular plans, for example, involves fasting for 16 hours straight followed by an eight-hour period when you can eat the foods you desire.

This is not as difficult as it sounds. Most people have an eight-hour fast while they are sleeping. If you do not eat until early afternoon, you have just undergone an intermittent fast.

Intermittent fasting has been shown to assist in weight loss, as it cuts back on the number of meals that we eat. In addition, it has been shown to have a variety of health benefits, from improving metabolism to reducing the risk of heart disease. Although weight loss is what inspires people to try this practice, the pounds lost are just a small portion of the benefits of this eating plan.

How can fasting for a few waking hours of the day have such incredible benefits? Researchers studied the effects of short periods of fasting on mice in a laboratory. Some of the mice were fed for only small portions of the day, similar to intermittent fasting, while others were allowed to eat as they pleased.

These mice had blood work done throughout their lives and then were studied after death. Researchers found an interesting trend: The mice who underwent periods of fasting had far less atherosclerosis in their arteries. Atherosclerosis, or hardening of the arteries, occurs not just with high cholesterol but also with natural aging. This condition is one of the greatest triggers for cardiovascular disease, so it is considered one of the best measures of aging in blood vessels.

How can food restriction slow aging in blood vessels? Mice that underwent short periods of fasting produced a biochemical called beta-hydroxybutyrate. Beta-hydroxybutyrate is a product of ketosis, a sign that the body has been through a short period of calorie deprivation. However, it is not just a blood marker of fasting, but a potent cell messenger that stimulates the multiplication of endothelial cells that line blood vessels. When these cells are replaced constantly, the inside of these vessels remains healthier and more flexible. This in turn keeps the vessels from hardening with age.

Atherosclerosis is not just a sign of aging similar to crow’s feet and wrinkles. It is a sign that our blood vessels are no longer able to handle the stresses of everyday life. Hardened arteries contribute to heart attack, stroke and other fatal illnesses. Preventing atherosclerosis does not just make your arteries look younger, but also lowers your risk of developing some of the world’s most feared diseases.

Links Between Intermittent Fasting and the Circadian Rhythm 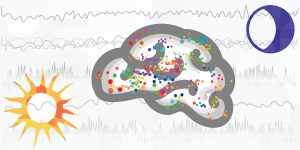 The benefits of intermittent fasting appear to be partially due to the way this diet interacts with the circadian rhythm. Our bodies are primed to eat at certain times of the day and to rest at others.

When we go without food in the evening and night, it signals to our bodies and the cells that make it up that this is a time to rebuild cells. Failing to fast at these times leaves our bodies in a state of metabolic confusion. While we may eventually sleep, we do not produce the hormones and biochemicals needed to fully undergo the process of rejuvenation.

In addition, fasting for short periods can have dramatic effects on metabolism. People who participate in intermittent fasting have lower insulin levels, which indicates a lower chance of developing serious diseases such as type 2 diabetes. In addition, they are more likely to have lower blood pressure.

Although fasting is not for everyone, ignoring the role of food in regulating the circadian rhythm cannot be ignored. There is a reason for the links between serious disease and risk factors such as night shifts and insomnia.

Eating for Your Internal Clocks

Even if you don’t plan to incorporate fasting into your 2019 diet and lifestyle plan, there are ways to use this new knowledge to improve your health. First, late evening and night eating is simply not a good idea. Not only does it contribute to weight gain, but also to a variety of serious diseases. Your body is simply not meant to process food in the dark of night.

Second, going without food for short periods of time appears to be very good for your health. Even if you cannot fast, most people can delay breakfast for several hours to reap the metabolic benefits of intermittent fasting.

We live in a world where high calorie foods are available on every table and every street corner. Although intermittent fasting may be difficult, research suggests that it is an excellent way to achieve a healthy weight and healthy blood vessels at the same time.