Newly-Discovered Genes Cause Circadian Rhythms to Change as We Age

Doctors have long noted that circadian rhythms change as we age. New research suggests this is due to the action of previously unknown genes.

Most people with elderly relatives have noticed that they live by a different rhythm. Older people tend to be early to bed, early to rise and to nap more throughout the day. In addition, they are more prone to insomnia, fatigue and other symptoms of sleepless nights. A new study has found the genes responsible for these changes in the circadian rhythm that seem to be associated with age.

How Do Circadian Rhythms Change As We Age?

Circadian rhythms change over the human lifespan in predictable ways. In old age, there is a marked change in the amount of time that we sleep, with many elderly people sleeping far less than they did in their youth. This can lead to napping and early bedtimes, two behaviors commonly observed in the elderly.

There are other changes in circadian rhythm as well. Older people tend to wake earlier in the morning and have better cognition in morning hours than younger people. In addition, the elderly show less variation in body temperature and other important biological time cues.

Not all of the circadian rhythm changes in the elderly are so benign. Many older people, especially those suffering from dementia, suffer from behavior known as “sundowning.” In sundowning, people become more confused and agitated in the evening and at night. In addition, even healthy elderly people may suffer from the loss of sleep in key areas such as emotional regulation and cognitive function.

Post-mortem studies of the brains of elderly people have found that the cerebral cortex and surrounding structures are especially prone to age-related degeneration. The hypothalamus, which is the key driver of circadian rhythms, is particularly prone to these changes. Neurons in this key area of the brain degenerate quickly toward the end of human life, which contributes to a gradual loss of cognitive function as well as many of the changes in circadian rhythm that we associate with age. 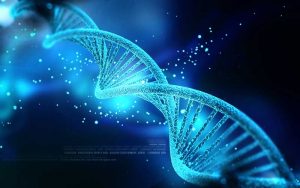 A new chronobiology study has identified the genes that may be responsible for these age-related changes in the sleep-wake cycle. These genes are active in people of all ages, but they take over and become the dominant drivers of the circadian rhythm as we age. Researchers believe that these genes may become dominant to compensate for the age-related loss of other biological clock genes.

Unfortunately, humans experience a great deal of DNA damage as we age. In addition, some genes simply stop working for unknown reasons. Many of the changes that we associate with aging, such as changes in skin texture and loss of short term memory, are in fact due to a loss of function in many genes.

Exactly how these genes differ from other known circadian rhythm genes will be the subject of future studies. These new discoveries hopefully will shed light on new treatments for sleep disorders and other disorders that appear in old age. There may be ways to extend the function of the circadian rhythm genes that stop working as we age. In addition, replacing the products of these genes may be a powerful avenue for treatment.

Treating depression, memory loss and sleep disorders in the elderly is one of the most challenging tasks for doctors who specialize in geriatrics. Identifying how circadian rhythms change and the genes responsible for these changes is merely the first step in developing better treatments for these common disorders of elderly people. These developments will make older people healthier and happier, allowing us all to sleep better at night.