Sleep and Migraine: Could Fragmented Sleep Cause Migraine Days Later?

Migraine headaches are somewhat of a medical mystery: After decades of scientific research, doctors still understand very little about the root cause of migraines. However, there are several lifestyle factors that appear to contribute to these debilitating headaches. For some people, it is a certain food; for others, stress causes their pain. According to a new study on sleep and migraine headaches, even a single night of fragmented sleep may be a contributor, potentially causing migraine even days later.

Migraines: More Than Just a Headache 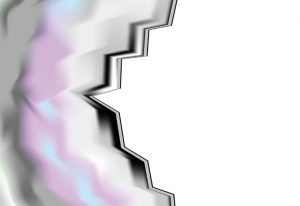 Around 12 percent of the population suffer from migraines. Although we consider a migraine to be a class of headache, it actually is a phenomenon that affects the whole body.

People who suffer from migraines often get an “aura,” during which they feel fatigued and experience visual disturbances or other unusual symptoms. In addition, migraine suffers often get nausea, vomiting and other physical symptoms while the headaches are occurring. Also, many people become sensitive to light and sound, forcing them to lay in a dark, quiet room for the hours or days that their symptoms last.

There are no cures for migraines. However, there are medications that can make them less frequent or less severe. There are also several experimental surgeries that are becoming more popular. For most migraine sufferers, however, avoiding triggers and making lifestyle changes is the best way to stop the blinding pain.

Connections Between Sleep and Migraine

Scientists have long recognized that there is some sort of link between migraines and a dysregulated circadian rhythm. People who get migraines score higher on measures of disturbed sleep than the rest of the population.

Although there are clear links between migraines and poor sleep habits, they only show a connection between the two health factors, not causation. A new study, however, shows a clearer causal link.

How a Sleepless Night Can Cause Headaches

Dr. Suzanne Bertisch of the Division of Sleep and Circadian Disorders at Brigham and Women’s Hospital in Boston, MA launched a groundbreaking study to establish a causal link between poor sleep and migraines. As Dr. Bertisch notes, “When it comes to sleep and [migraine], there’s a lot that we don’t know. I became interested in this topic because [people with migraine] are frequently referred to me in the sleep clinic for help with treating their insomnia.”

However, the physician noticed that modern medicine didn’t have any specific recommendations regarding sleep habits. “[T]he literature is unclear on what kind of sleep interventions may be helpful.”

Dr. Bertisch and her fellow colleagues looked at almost 100 subjects, asking them to both keep a sleep diary and to allow their brain waves to be recorded at night. They also tracked when they had migraine headaches.

When the scientists compiled data, the results were surprising. Low sleep quality and even short sleep times were not linked with having a migraine. Instead, the top sleep-related link with migraines was fragmented sleep. In fragmented sleep, people wake several times over the night and are awake for at least several minutes before going back to sleep. 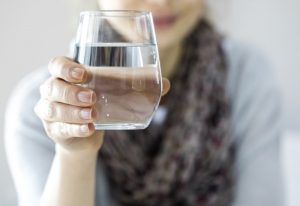 Getting enough sleep — and staying asleep if possible — appears to be one of the most important ways to prevent migraine headaches. This is important news for migraine sufferers because the current medical resources all have serious risks and side effects. If you are interested in making lifestyle changes that reduce your risk of having a migraine headache, consider making some or all of the following choices:

These lifestyle changes will not just lower your risk of migraine, but help you to be healthier and feel better on a daily basis. Ultimately, simple lifestyle factors such as sleep are important for enjoying good health over your lifetime.