Obesity and other metabolic syndromes are the most difficult health disorders to treat. However, new research suggests that resetting sleep cycles may boost metabolism.

Obesity has become an epidemic in many developed nations. However, solving the medical problems behind this and other metabolic disorders is more complicated than it seems. While conventional wisdom holds that people who wish to lose weight should simply eat less and exercise more, these strategies are not effective for many people. Their metabolisms are simply not functioning optimally.

A new chronobiology study offers a potential treatment for both sleep disorders and the metabolic issues they cause: Resetting disturbed sleep cycles and thus resetting the metabolism.

Sleep and Your Metabolism

While the link between sleep and metabolism may seem far-fetched, there is a huge body of scientific evidence supporting it. Even a short period of sleep deprivation can lead to glucose tolerance changes resembling Type 2 Diabetes, while also increasing cortisol and decreasing thyroid stimulating hormone. This lowers the metabolism immensely. In addition, people who sleep less than five hours a night secrete leptin, a hunger-suppressing hormone, in smaller amounts. They also secrete larger amounts of ghrelin, which makes us hungry.

A lack of sleep lowers your metabolism while making you hungrier than ever. But can correcting sleep disorders boost metabolism and lower the rate of cardiometabolic disease? 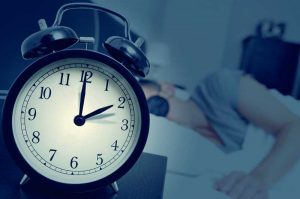 Researchers suggest that resetting the sleep-wake cycle may indeed boost metabolism and lower disease risk. Simply getting the right amount of light and dark at the right times of day can help to reinstate healthy sleep. In addition, planning your life to allow around seven hours of sleep appears to significantly lower disease risk. The use of melatonin supplements can reset a malfunctioning biological clock and get people on the road to a healthy metabolism as well. It is also important to treat sleep apnea early and proactively, as this disorder can ruin sleep cycles and damage the heart quickly.

The prevalence of insomnia and other sleep disorders has reached unprecedented levels. Modern people are not just heavier than ever—they are sleeping less than ever as well. The average night’s sleep has fallen from seven to five-and-a-half hours in just a few decades. As modern life becomes more and more demanding, it is possible that the average amount of sleep will fall even further. It doesn’t seem coincidental that obesity has doubled in this same time interval.

It is more important than ever for people to learn about the importance of sleep and how to sleep better. It is not possible to have a long healthy life without getting the rest that your body needs to sustain itself. Too many important biochemical processes occur while we are fast asleep. Reducing distractions in the bedroom and dimming lights in the evening may be the first step toward better whole-body health.