For many people, memories are one of the most precious parts of life. Nothing can replace the memories of loved ones and happy times. However, a very common sleep disorder may actually make it harder to create new memories to treasure. According to a new study looking at sleep apnea and memory formation, this common sleep disorder can actually prevent you from making new memories of your life, experiences, and loved ones. 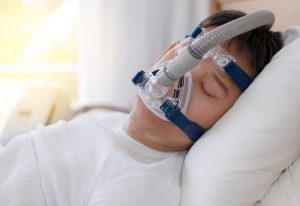 Obstructive sleep apnea, or OSA, is a sleep disorder that affects around 100 million people around the world. In this disorder, people stop breathing at night for more than ten seconds at a time, a phenomenon that often occurs repeatedly over a night. It’s common for sufferers to also wake repeatedly throughout the night when their bodies become depleted of oxygen.

Obstructive sleep apnea, the most common form, occurs when the muscles of your throat collapse inward when you are asleep, thus blocking your airway. This disorder is common in the elderly as well as people who are overweight or otherwise carry a great deal of weight around their shoulders and neck. The most common symptom of this disorder is snoring. However, the night-long noise is just an inconvenience compared to the other effects of this sleep disorder.

Sleep apnea can rob you of a great night of rest, leaving you feeling sleepy and depleted throughout your day. In addition, it can also pose serious health risks. Having sleep apnea places you at a higher risk of cardiovascular problems, respiratory disease and mood disorders such as depression. Statistically, people who have sleep apnea lead shorter lives and are more likely to develop a variety of chronic diseases.

There are several ways that sleep apnea can impact your ability to form memories. First, people simply do not form memories as well when they are not well-rested. Sleep is an essential part of memory formation. However, they also may be more likely to suffer memory loss at an early age due to the earlier onset of neurodegenerative diseases such as Alzheimer’s disease.

Scientists looked at the medical histories of almost 2,500 people who suffered from Alzheimer’s disease. Patients who also had sleep apnea developed the disease at an earlier age and declined more rapidly. The lower blood oxygen that they suffer repeatedly throughout the night appears to preferentially affect neurons in areas of the brain that help to form memories — the exact neurons that are already weakened by Alzheimer’s disease. As a result, the disease is noticeable enough to be diagnosed at a younger age and progresses more quickly.

Although this partially explains the links between sleep apnea and loss of memories, it is actually only part of the picture. Sleep apnea also may increase memory loss by causing depression. 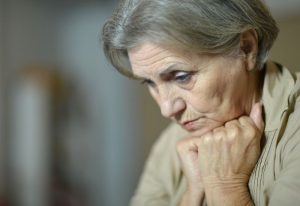 Sleep disorders have long been linked to mood disorders such as depression. Sleep apnea is not an exception. People who suffer from this disease are more likely to be depressed. They report feeling tired, having less energy and have issues staying asleep, all of which are symptoms of both sleep apnea and depression. People with sleep apnea also report more serious symptoms, such as negative thoughts, hopelessness and feeling like a failure.

Although this may seem like terrible news for people who suffer from sleep apnea, there is a silver lining. Getting treatment for sleep apnea appears to reduce risk dramatically, allowing people to feel better and to build memories of their happier, better-rested life.

There is no pill to cure sleep apnea, but there are several ways that you can treat the disease to reduce your health risk. First, maintain a healthy weight or begin working to achieve one. Even minor weight loss can reduce the number of times that your airway closes overnight. Second, avoid alcohol, tobacco and other substances. For reasons we do not understand completely, these increase your risk of sleep apnea.

Last, if your sleep apnea is persistent, consider using a breathing machine at night such as a CPAP. These apply a gentle amount of air pressure to your airway, helping to keep your throat open.

Getting a good night of sleep is important not just for your memories, but for your mood and for your lifelong health. If you have sleep apnea or any other kind of sleep disorder, get the help that you need to have the rest and well-being that you deserve.