Light levels can have a profound impact on human health. Numerous studies have found that ambient light is a crucial factor in preventing the production of melatonin, a hormone associated with sleep. However, light may affect our brain in other ways as well. According to a new study, we simply may not think as well when we do not have exposure to bright lights.

How Is Dim Light Linked to Cognitive Impairment?

Most Americans spend around 90 percent of their lives indoors, often far from the bright natural light of the outdoors. This can cause dysregulated circadian rhythms and difficulties sleeping. However, it may also affect our cognitive abilities through the effects of dim light on the hippocampus of the brain. Researchers at Michigan State University studying the effects of light on cognitive abilities looked at two groups of Nile rats, which are diurnal (active during the day, and inactive at night) and thus have circadian rhythms similar to those of humans. One group was exposed to bright light during the day while the other was exposed only to dim light mimicking that of a typical overcast day. The rats then were put through a serious of tests.

The rats who were placed in dim light environments did poorly on several cognitive tasks, especially ones that had to do with spatial learning. Spatial learning is basically knowledge of how an environment is oriented and how different pieces work together; for example, navigating a maze requires spatial learning. In addition to changes in cognitive abilities, the rats exposed to dim lights showed marked decreases in both the structure and function of the hippocampus of their brains.

Light Levels and Your Brain

The hippocampus of the brain is an area that controls diverse tasks including memory, spatial orientation and even certain emotions. It is essential to normal function in both humans and rats. Astoundingly, rats that had long term exposure to dim lights showed an average of a 30 percent reduction in the volume of their hippocampus on brain imaging. This is enough to severely reduce their function. In addition, the rats showed lower levels of a key peptide that helps the neurons of the hippocampus to communicate with each other. 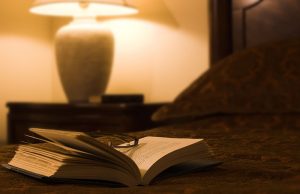 This has huge implications for people in the Western world who spend much of their days indoors. Could many of us be unknowingly functioning at a lower than optimal cognitive levels? In addition, it is the first study to show that light levels can actually cause a change in the structure of the brain. The dim light was of a level of brightness that is similar to what people in the industrialized world live with, and it appears to cause changes in brain size and function that could have far-reaching impact.

The big question now is: do humans similarly show reductions in hippocampus function due to the volume of dim environments? More research will be necessary to determine this. However, light levels have been shown in prior studies to affect us in very similar ways to rats. There is a good chance that we all need to get more bright light, not just for our circadian rhythm but for our brain function as a whole.

Adding More Light to Your Life

There are several ways that you can add more light exposure to your life. First, keep the lights in your office or classroom at full light whenever you are in them. Second, keep your blinds or curtains open during the day to ensure that you get all of the natural light you can.

Although many people exercise after work, this may mean exercising in dim light or even in the dark during the winter months. Consider finding an outdoor source of exercise that you can enjoy in the morning or on your lunch break, when the natural light is brightest. Even a few minutes outside for a walk can make a substantial difference in your wakefulness and your cognitive function.

If you simply cannot get enough bright light exposure in your day, consider getting a light box. These boxes offer a quality and quantity of light that is almost identical to bright summer sunshine. Many people already use these light boxes for set daily periods of time during cold weather months to correct seasonal affective disorder and other disorders that can result from a lack of high quality light.

It is frightening to consider that living in dim light may have effects on not just our performance, but on our brain structure. However, this is a situation that is easily remedied. Getting periods of bright light throughout the day interspersed with darkness during the nights is essential for human health. This is true not just for cognitive function but for our internal clocks.