Sleep Deprivation and Kidney Function May Be Related

According to new research, kidney function and sleep cycles are closely linked. Not sleeping enough is connected to a rapid decrease in kidney function.

Lack of sleep has been tied to many different health issues in the past. This is becoming more and more noticeable, since the average amount of sleep has declined in the past 20 years. Instead of sleeping about eight hours each night, most Americans now sleep six-and-a-half hours or less. A new study has discovered that changes in circadian rhythms can drastically affect kidney health.

Recently, Dr. McMullan presented her findings at the American Society of Nephrology’s Kidney Week. In this study, Dr. McMullan and a team of researchers analyzed over 4,000 subjects. They discovered that patients who did not sleep much had kidneys that were less likely to function efficiently. Since the study was at a women’s hospital, the findings are only technically accurate for women, but they are likely to apply to all genders. Overall, test subjects who did not get at least five hours of sleep had a 65 percent chance of declining kidney functions. In comparison to test subjects who were fully rested, patients who slept less had kidneys that did not function as well. Among the thousands of patients in the study, those who were sleep deprived were far more likely to have issues with their kidneys.

Why Does Sleep Affect Kidney Function? 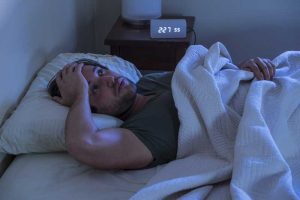 Though the study is not completely certain of the reason for the correlation between lack of sleep and kidney decline, the researchers theorize that it has something to do with the natural circadian rhythm. The organs of the body naturally follow a daily rhythm that is based on normal sleep cycles and a roughly 24-hour day. Since poor sleep also affects the heart and insulin levels, it is possible that this may cause kidneys to function differently. Dr. McMullan theorizes that “short sleep changes the physiology of the kidney over the daily cycle, and these changes might damage the kidney.” Chronobiologists hope to do more research into the subject to further their understanding.

Why Is This Important?

This study is actually the first study to look at the association between kidney function and sleep cycles. The kidneys are extremely important organs that the body relies on daily. Kidneys help to filter toxins, excrete waste, regulate blood pressure, affect red blood cell creation and balance acid and base levels in the body. If kidneys start to work improperly, waste builds up in the body, causing a variety of different issues. Therefore, it is essential to keep your kidneys working as well as possible. If Americans continue to sleep less and less, it is likely that more people will have issues with their kidneys. Fortunately, getting adequate sleep may help maintain optimal kidney health.