A recently published study conducted by researchers from York University and Cambridge University found that sleep deprivation promotes unwanted thoughts, as well as negative and repetitive thought patterns. The study results also indicated that too little sleep decreases the ability to control these types of thoughts.

While prior research was able to establish a connection between poor sleep quality and unwanted thoughts, causation was a bit more difficult to pin down. This new study, however, was able to pinpoint how sleep impacts the very mechanics of cognition itself.

The Connection Between Sleep and Negative Thoughts 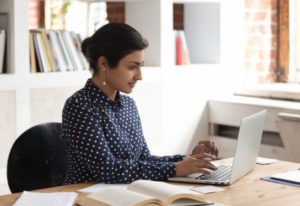 A previous State University of New York at Binghamton study, published in the March 2018 issue of the Journal of Behavior Therapy and Experimental Psychiatry, revealed a connection between sleep quality and negative repetitive thoughts. The subjects of the study were chosen specifically for their high scores on the Perseverative Thinking Questionnaire, a predictive test designed to measure repetitive thinking tendencies.

In comparing the two data sets, the researchers noticed that those with poorer sleep quality took longer to turn their attention away from negative stimuli. In fact, the worse a subject’s sleep, the longer it took him or her to turn away.

Repetitive thinking, or a recurring pattern of unwanted thoughts, can include negative internal dialogue, worry and rumination. More intense than worry and often tinged with shame, self-recrimination or self-loathing, rumination can produce a deep groove of negative repetition that can border on obsession.

As explained by State University of New York at Binghamton Professor Meredith E. Coles, this type of thinking is associated with a number of psychological disorders, including depression and anxiety. Obsessive-compulsive disorder also can feature intrusive, repetitive thoughts, as can post-traumatic stress disorder.

The study results raised questions about the potential for improving sleep quality to relieve symptoms in such disorders, perhaps even playing a role in their treatment. However, while thought-provoking, this particular study didn’t include a control group. Without a control group, a correlation may be determined, but causation remains out of reach.

The more recent York University study did incorporate a control group. The goal was to test whether or not sleep deprivation impacted a person’s ability to manage unwanted thoughts. In the trial, researchers paired images of faces with other types of images, some negative and some neutral. The intention was for the test subjects to associate the face with the image, so that the face would be able to call forth a memory of the image it was paired with. They also taught the participants specific techniques to suppress memories they found unpleasant.

Participants were split into two groups. One group was allowed to sleep the night before their response to the faces was tested and the other was deprived of sleep before testing. The participants’ task during testing was to suppress the images associated with the faces; in other words to not allow those images to intrude.

The study revealed that those in the sleep-deprived group had 50 percent more unwelcome thoughts than the group that slept. Those that slept before testing found that, as time went on through the study period, controlling the suppressed thoughts became easier.

The researchers attributed this effect to the role sufficient sleep has in the fundamental mechanics of cognitive processes. Sleep deprivation compromises the efficiency of prefrontal brain activities and, thus, the processes that rely on those activities. Researchers suspect that a lack of sleep has a negative impact on the performance of the neural networks specifically in charge of inhibitory control, as well as on brain communication with and between parts of the medial temporal lobe, which is connected with memory, learning and emotion. 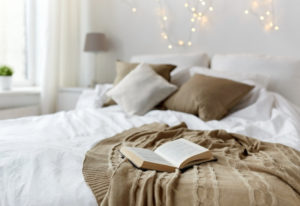 This research underscores the importance of making good sleep a top priority. To ensure a good night’s sleep, create a comfortable space for sleeping. Typically, people sleep better in dark, quiet, cool spaces with good bedding. Protect your circadian rhythm by trying to maintain set times for sleeping and waking, daily sun exposure and morning or afternoon exercise or other physical activity. Establish a pleasant bedtime routine to wind down at night and help transition into a restful night’s sleep, perhaps incorporating such elements as relaxation techniques and aroma therapy. Turn the television off. Better still, remove it from the bedroom altogether.

Dietary changes can also improve sleep. Adopting a nutrient-rich Mediterranean diet, shifting larger meals further away from bedtime and limiting afternoon and evening caffeine intake can all promote a good night’s sleep. Alcoholic beverages should also be limited for better sleep quality. Focus on hydrating during the day and reducing fluid intake as bedtime approaches to improve the likelihood of sleeping through the night.

Don’t feel guilty about resisting work demands and saying no to activities that interfere with healthy sleep. As the York University study reveals, sleep deprivation promotes unwanted thoughts via the disruption of a variety of cognitive processes. Sleep is vital to brain function and mental well-being. It deserves to be prioritized in your life.