Why do some animals sleep at night while others sleep during the day? Research suggests that the way our eyes process light may be a key factor in our sleep-wake cycles.

Most of us learned about the difference between diurnal and nocturnal animals back in grade school. Some animals are biologically programmed to sleep at night (diurnal) while others sleep during daylight (nocturnal). However, scientists did not understand exactly why different species are programmed to sleep on unique sleep-wake cycles. A new study in the field of chronobiology has found that differences in how our eyes process light may be the deciding factor in when we naturally sleep.

Sensory Differences Between the Diurnal and Nocturnal

Your Eyes and Your Sleep-Wake Cycles 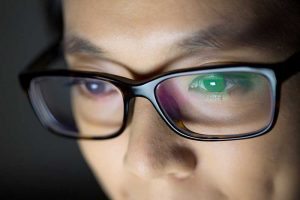 Your eyes and the way that they communicate with your brain play an intricate role in your sleep-wake cycles. When your eyes sense light, they send a message to the suprachiasmatic nucleus of the hypothalamus. This tiny portion of the brain is viewed as the master clock of the human body, and that of other animals as well. The suprachiasmatic nucleus then sends messages to the pineal gland and other regions of the brain, letting key structures know which sets of hormones to release in order to keep the subject’s diurnal or nocturnal sleep patterns.

The suprachiasmatic nucleus, or SCN, has long been accepted as the functional brain center of our sleep-wake cycles. However, new research calls this previously accepted fact into question. There is a set of cells in the retinas of your eyes called the intrinsically photosensitive retinal ganglion cells, or ipRGC. While the suprachiasmatic nucleus and ipRGC function similarly in nocturnal animals, a new study suggests that the ipRGC is actually dominant in diurnal ones. Differences in sleep-wake cycles are instead a result of light being processed via different routes to the brain and are not dictated solely by the SCN as once theorized.

UC Irvine professor Qun-Yung Zhou, who headed this study, says that these findings make sense on an intuitive level.

“…Diurnal mammals are visually driven. The eyes not only guide us around during our wakefulness time, but they also dictate when we go to sleep.”

This new study is encouraging chronobiologists and other scientists studying sleep-wake cycles to think outside of the box. Light is an important factor in regulating our bodies, and may prove to be the most important factor of all.