Losing weight may just be a matter of time—literally! 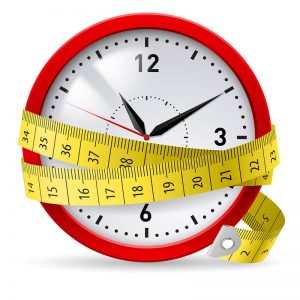 Chronobiology, a growing field of biological sciences, studies the difference between the internal processes that take place in the bodies of living organisms and compares how these processes react during the daylight and during nighttime.

Recent research by renowned chronobiologist Dr. Satchidananda Panda, an associate professor at the Salk Institute for Biological Studies in San Diego, California, used laboratory mice to determine whether the time of day that they chose to eat—not the calories nor the food that they ate—could be held liable as the biggest influential factor for weight gain.

Dr. Panda’s rationale for this experiment was that, while we may assume that our bodily processes follow a typical 24-hour cycle, also known as the circadian rhythm, such processes differ greatly depending on the time of day that they happen. Therefore, we may need to rethink “dinner” and start adopting a “food by daylight” mentality if we want to lose or maintain our weight, and still not restrict calorie consumption.

Two studies on weight loss and eating times were conducted with the mice. Researchers at the Salk Institute conducted the first study in 2012. The mice were divided into two groups: an “all-hours” eating group that could access food whenever they wanted, and a “time-restricted feeding,” also known as the TRF group.

The first group was able to eat as much as they wanted and access the food at all hours of the day. The TRF group would only be given food within a period of time of 9 to 12 hours, but they also could eat whatever and as much as they wanted. The calorie consumption of the mice was not restricted. The mice did not exercise, nor was their food specific.

The results showed that the “all-hours” mice became sick, developed early signs of diabetes and grew bigger (fatter). Contrastingly, the 9 to 12-hour window TRF mice gained very little weight and their metabolism was not affected. Concisely, two homogeneous groups made of the same type of mice ate the same amounts of food with zero restrictions and each of the group’s body weight was affected entirely by the time of the day that they ate!

The conclusion of this first study was that TRF was effective against obesity regardless of calorie consumption. Meanwhile, the “all-hours” group remained obese or gained more weight throughout the experiment of eating whenever they wanted. A second, significant finding is that TRF was also effective against high fat, high sucrose and high fructose diets. This is what served as the starting point for the second study. 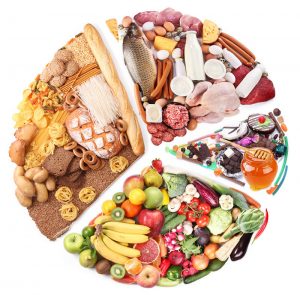 The second study, also conducted by Salk scientists under the leadership of Dr. Panda, was published in the Journal Cell Metabolism in December 2014. This time, the experiment was more controlled in some variables, while others were changed from the original method. For example, the food to be given to the mice included foods that were high fat, high sucrose and high fructose, like in the first study, but there was also regular mice food added to the menu.

Another change in variables was that the calorie consumption was controlled this time, meaning that both groups ate the same amount of calories. Similarly to the first project, two groups of mice were formed. One group was allowed to eat at all hours and the second group was the TRF group with a window of time to eat expanded to nine, 12 or 15 hours. This means that the TRF mice fluctuated in their eating times and their allotment of time was lengthened.

Another significant change in variables was that the TRF mice were allowed to “cheat” every once in a while on weekends throughout the 38-week span that the project lasted. They did not stick to a plan the whole time. Additionally, a group of “all-hours” mice were switched to the TRF schedule halfway throughout the study.

Similarly to the first project, the “all-hours” mice remained obese, became fat or reported metabolic conditions. The TRF mice again became or remained healthy, even cheating during the weekends. Moreover, the mice that were switched halfway into the study from eating “all-hours” to switching to TRF lost some or most of weight they had gained.

Dr. Panda concluded that Time Restricted Eating (TRE) prevents and reverses obesity. The hypothesis is that eating times have more influence on the circadian rhythm of the body than light and dark cues. 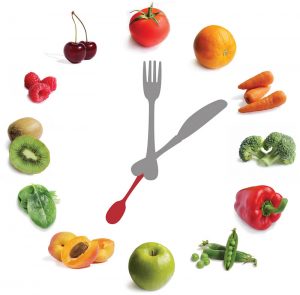 While Dr. Panda has only experimented on mice, it is significant to see how a simple life change of this type could be safely applied to our routine to determine how it can affect our metabolism and the control of our body weight. The preliminary advice is to consume food during daylight, that is, within a 12-hour window starting with the first thing that we eat in the morning. Since the mice were able to eat as much as they wanted, humans may want to still use moderation when eating while still focusing more on the time of day, rather than on caloric consumption. As a mild form of fasting, Dr. Panda’s experiments may confirm that perhaps our bodies need the time to rest and recover from the amount of substances we ingest on a daily basis. Until then, it may be a good idea to try and see whether a shift in your eating schedule could be your secret to permanent weight loss or weight maintenance success. Maybe you can finally have your cake, and eat it too! Just make sure that you follow the cycles that Dr. Panda proposes, and remain within your window of time during the day.