Most modern people are familiar with how contagious illnesses are transmitted. One day, a coworker sneezes on you. Several days later, you begin to feel tired and congested. However, recent studies on infectious disease are revealing an interesting twist: The time of day when you are exposed to an illness may be very important in how well your body fights off the infection. A new study on leishmaniasis suggests that even deadly parasitic infections may be made better or worse depending on when people are exposed.

When people in developed countries talk about disease, they are usually referring to bacteria and viruses. However, parasites represent one of the most dangerous threats to global health. Parasitic diseases such as malaria and leishmaniasis are pervasive in tropical countries and very difficult to treat effectively. With weather patterns rapidly changing, many parasites are expanding their range and may soon become common outside of the developing world.

Leishmaniasis is a particularly common parasitic infection. Common in Africa, Central America and the Middle East, this disease begins with a bite from a sandfly. People and animals who are infected with this parasite develop large open sores, fever and organ failure. The disease attacks immune cells and thus can affect even healthy people. Leishmaniasis is of particular interest because it appears to be spreading to new areas of the globe. Outbreaks have been recorded in Texas and Southern Europe and it appears to be gradually working its way north. The World Health Organization estimates that around 12 million people on the globe are currently infected.

There are several medications that can treat leishmaniasis, but the disease often is not diagnosed until it has caused permanent damage and scarring. There are currently no immunizations for parasitic infections, so preventing transmission is one of the top strategies for reducing their impact. However, this can be difficult as the insects carrying these parasites are nearly unavoidable in many tropical areas. New research suggests that focusing on preventing transmission at certain times of day may be another important preventative measure.

How can timing affect the severity of parasitic infections? First, most of the insects that transmit these infections are most active at certain times of the day. For example, the sand fly that spreads leishmaniasis is most active in the evening and night. The immune cells that are infected by this parasite also are more active in the evening. The result is that animals infected with leishmaniasis at the beginning of their day have lower levels of parasites in the bloodstream and also fewer symptoms than those who are infected in the hours before they go to sleep.

The Chronobiology of Disease 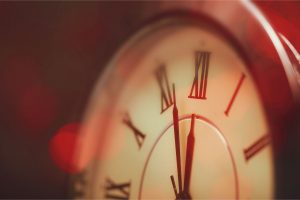 New discoveries about the function of our immune systems have shown that our immune system works on a circadian rhythm. These innate internal clocks are regulated by circadian genes that control metabolism and activity on a predictable 24-hour cycle. BMAL1 is an important gene in regulating the circadian rhythm of the immune system, as well as metabolic activities such as glucose control. Our immune cells are more active, circulating in higher numbers and also more capable of fighting infection at certain times of the day.

The result is that timing is everything in infections. Animals that are infected with herpes, for example, will suffer worse symptoms if infected in the morning. Bacterial and fungal infections show similar patterns. Maintaining a healthy circadian rhythm is crucial to fighting off illness effectively. For example, mice with inactivated BMAL1 genes had severe parasitic infections regardless of the time of day when they were infected.

There are several ways that these discoveries can be used to improve human health. First, while it is difficult to completely avoid the insects that transmit parasitic disease, people may be able to lower their risk by focusing their efforts on the evening hours. Second, medical treatments of these diseases, which are currently not always effective, may have more impact when given at certain times of the day.

Last, maintaining a stable and steady circadian rhythm appears to be an important way to remain healthy and fight off infectious disease. As noted in the recent study on leishmaniasis, a lack of BMAL1 activity leads to worse disease symptoms regardless of the time when animals are infected. BMAL1 and other circadian genes are expressed at lower rates and lower levels when people have a dysregulated circadian rhythm. At a time when many people suffer from disrupted sleep-wake cycles, this is indeed a public health challenge.

Parasitic infections represent a growing threat to people throughout the world, even in developed countries where these diseases were previously unheard of. However, new research on how these parasites interact with the immune system offer hope that we may be able to reduce infections rates while improving treatment. As with most human disease, it appears that maintaining a healthy sleep-wake cycle is the first line of defense.