What part of the body is responsible for our circadian rhythm? If you answered “the brain,” you are correct—but only partially so. Our brains, particularly the suprachiasmatic nucleus (SCN) of the hypothalamus, indeed play a crucial role in setting our internal clocks. However, new research on how muscle protein helps control sleep points to our muscle cells as an important regulator of our sleep wake cycles. 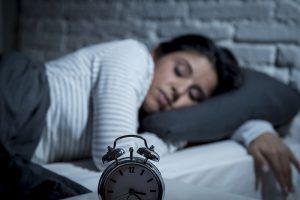 Americans and other people in the West have more access to the accoutrements of good sleep than any other culture in human history. We can sleep without fear of wild animals and roving bandits attacking. In addition, most of us have access to high-quality mattresses, cozy bedding and other items that should make sleep more comfortable and restful.

Despite this relative luxury, sleep disorders in the West are growing at an alarming rate. There are several recognized circadian disorders known to affect modern people, including:

What do these disorders have in common? In all of them, the very mechanisms that are supposed to help us attain restful sleep are actually preventing this. In people suffering from these conditions, the internal clocks match neither the external world nor the demands of one’s own schedule. The results impact daily life, such as energy levels and cognitive function. In addition, they can also affect long-term health outcomes and even increase disease risk. We currently have very few treatments for circadian rhythm disorders, so millions of people are left to struggle with their effects.

Have you ever noticed that you feel sleepiest at certain times of the day? The circadian clock, which controls the release of hormones that promote both sleep and wakefulness, is responsible for this phenomenon. Although all cells have their own circadian rhythm, the brain is the main driver of this clock. The retinas of the eyes sense light and pass the message to the suprachiasmatic nucleus of the hypothalamus, which in turn controls the release of melatonin, cortisol and other biochemicals that affect our energy levels and alertness.

However, our circadian rhythm is not set in stone. Our internal clocks adjust to a variety of changes, including changes in work schedule, changes in time zone, interruptions in sleep, daylight savings time and even temperature. How exactly can we so easily adapt to constant external demands? A protein in our muscle cells may be the answer.

Not All In Your Head: How Muscle Protein Helps Control Sleep 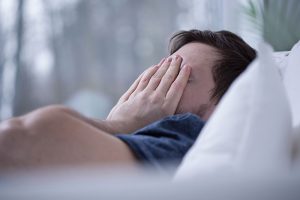 When researchers looked at the chemical composition of skeletal muscle, they were surprised to find that a very important circadian protein was present in large quantities. BMAL1 is well-known as a regulator of the circadian rhythm. But what role does it play in muscle cells?

Scientists deleted the gene for BMAL1 from the muscle and brain cells of mice in a laboratory. Their muscles still functioned without any changes. However, they had immense changes in their sleeping habits. Suddenly the mice needed much more sleep than other mice. In addition, these mice did not recover from interruptions to their sleep as well. When BMAL1 was reintroduced to the muscle cells, the mice regained their ability to recover from sleep loss and saw lower sleep needs.

Many circadian disorders appear to be linked to an inability to recover from and adjust to external cues in the environment. Taking a supplement that increases levels of BMAL1 may reduce or resolve some of the effects of these disorders. In addition, scientists do not know whether increasing BMAL1 in humans could decrease sleep needs for people such as pilots and doctors who sometimes must function with less sleep. Although there is still much that we do not know about the potential of BMAL1, this research opens up new avenues for studying potential future treatments.

Many modern people struggle to get the sleep they need to lead a long, healthy life. Understanding more about BMAL1 and its role in the circadian rhythm may eventually allow doctors to effectively treat sleep disorders that affect millions of people.