Constant Exposure to Artificial Light More Damaging Than You May Think

Our world is brightly lit 24 hours a day. This constant exposure to artificial light may have more health effects than we realize.

Artificial light changed the world in a variety of ways. People suddenly were not dependent on the sun to be productive: Work, play and socialization could happen at any time of day. With the advent of computers, smartphones and other devices, our world is now constantly bathed in light. How is this affecting our health?

According to a recent study, the exposure to artificial light that is a constant in many areas may have grave health effects. Two groups of mice were studied, one that was exposed to irregular light-dark cycles and one that was exposed to constant light. The results were surprising: Mice exposed to constant light saw their health deteriorate much more quickly, developing osteoporosis and even losing muscle. In addition, these mice had higher levels of an inflammatory class of molecules known as a cytokines. Cytokines have been implicated in a variety of health problems, from autoimmune illness to cancer.

Even more shockingly, these major negative health changes occurred in just months. Although animals show some effects from being in constant darkness, such as depression, fatigue and weight gain, being in constant light appears to be far worse for our health. The researchers noted that up to 75 percent of the globe currently lives in an area where there is constant ambient light. 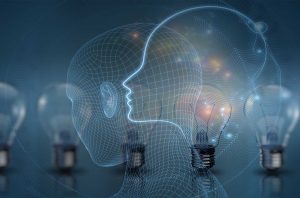 Although this study presented new effects linked to constant light exposure, it is not the first one to question how this light may affect our health. Former studies have found that many people in the Western world live in an area that suffers from light pollution, or a constant presence of ambient light. Many people cannot see the majority of the stars in the night sky because of this light.

Not only might this light affect our bones and muscles, but it may also be affecting our health in a variety of ways. Among people who live in light polluted areas, 29 percent report difficulty falling asleep. This may be due to low melatonin production when the retinas of the eyes sense light. This lack of quality sleep is known to contribute to a diverse range of illnesses from heart disease to cancer. In addition, much of this light is artificial, created by light bulbs and devices. These devices emit blue and white wavelengths of light, the two colors that circadian biology studies have found to have the most negative effects on human sleep-wake cycles.

Most of us were afraid of the dark as children. However, it appears that we should be more fearful of light. While a moderate amount of light during the day is healthy for us, too much light can have very serious health effects. People evolved to have plenty of bright light in the day, along with complete dark at night. When we deviate from this inborn pattern, we do so at our own peril.