Too Much Sleep Can Be Bad for Your Brain

You may have noticed that you feel a bit foggier when you sleep too long, similar to the way you feel when you sleep too little. Many people assume that this is their imagination. After all, how can a person possibly get too much sleep? According to a new study, sleeping too much is definitely possible — and it’s potentially just as bad for your health as sleeping too little.

Sleep Around the Globe 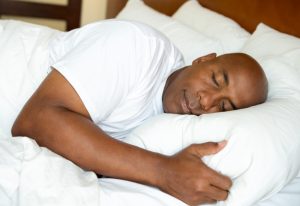 Sleep remains one of the most mysterious human behaviors. Scientists and doctors have tried decades to understand this most basic, fundamental drive for rest. While there have been thousands of studies on sleep, most of these are small and thus could not yield definitive answers. However, a new, large study may answer some of the many questions about this interesting topic. Researchers looked at more than 40,000 people all over the globe, focusing especially on their sleep habits and how these interacted with general health.

People told researchers about how much they slept at night along with filling out questionnaires about their health conditions and what medications they took. In addition, some underwent extensive cognitive testing using a dozen of the most respected tests of intellectual function. People who slept seven to eight hours per night had the highest levels of cognitive function on average. Those who slept more or less scored markedly lower.

The Hazards of Sleepless Nights

The dangers of insufficient sleep are well known. People who lay awake rather than lying deep in slumber can have a variety of ill health effects, from obesity to cardiovascular disease to metabolic syndromes. In addition, people who do not get enough sleep have lower immune systems and are more prone to things like common colds and influenza.

Not getting enough sleep is disastrous to one’s health, affecting your mental and physical well-being in almost every way. In addition to the physical effects, people who do not get enough sleep are more prone to depression, low cognitive function, and memory loss. Many people may hear this and conclude that the best solution is to get more sleep. However, a growing number of scientists believe that the issue isn’t quite that simple.

Sleeping Too Much: Bad for the Mind and More 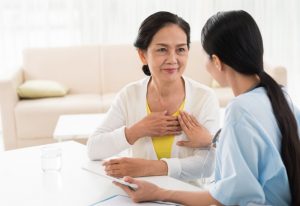 Although sleeping too little is bad for health, oversleeping is not the answer. There is, in fact, such a thing as “too much sleep.” In addition to fuzzier thinking, people who sleep more than eight hours a night are more likely to develop heart disease and metabolic diseases such as diabetes. They have fuzzier thinking, a more depressed mood, and are even more likely to die earlier.

However, doctors note that they are not sure whether excessive sleeping is a cause or an effect. That is, it is possible that sleeping too much contributes to disease, but also possible that diseases make people sleep more. After all, many illnesses cause people to sleep more, while others keep sufferers awake. More research will be needed to determine the causality of this link.

How Much Sleep Is Just Right?

There is a golden zone somewhere between “too much sleep” and “too little sleep” where optimal health can be found. How long is this perfect interval? The answer varies by person, but most experts place the number at somewhere between seven and eight hours a night. However, many people are not getting the right amount of sleep. Around half of the adult population has a sleep disorder, and even more have lifestyle issues that keep them from getting the rest that they need.

Most people will sleep the correct amount without much thought, provided they go to bed at the same time every day and wake naturally. However, this is a rare privilege in the modern world. If this is not possible for you, you can tell that you are getting enough sleep by how you feel throughout the day. If you find yourself yawning and fighting the urge to close your eyes during the day, you probably are not getting the right amount. Try sleeping more – or sleeping less – and see if you feel better. Small adjustments in your sleep schedule will help you to gradually find your perfect number.

If you are not sleeping the right amount, you are in good company. Many modern people cannot seem to get the amount of sleep that they need for optimal health and wellness. This will make your sleepy and cranky the next day, but it can have other, more serious effects as well. Your good health depends on getting the right amount of sleep – not too much and not too little.