There’s just something creepy about nighttime. Whether or not you love lying under a blanket of stars and studying the twilight panorama, there’s no getting around the fact that it’s easier to get rattled at night than it is during the day.

Although many people assume the reason for this heightened sense of danger is a simple fear of the dark, new research suggests that our tendency to become fearful at night goes deeper than mere darkness. These studies suggest that our brains and bodies may be hard-wired to view nighttime with a greater element of caution regardless of the amount of light available.

Study Illustrates That the Night is Scarier Than the Dark 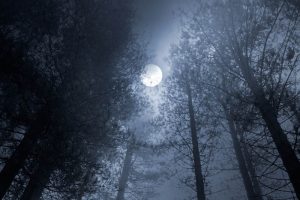 Surprisingly, the results of the study showed that the amount of light available was inconsequential to whether or not the women found the stimuli frightening. Instead, the deciding factor was whether the women viewed or heard the scary sights or sounds at night or in the day. This discovery suggested to scientists that circadian biology might play a major role in the fear factor.

Why Is Everything Scarier At Night?

There are many plausible explanations why things seem scarier at night. One of these is the heightened ability to hear when it’s nighttime. As visibility decreases, people rely more heavily on their sense of sound. As the daytime sounds, like passing traffic, birds, and lawnmowers in the distance become absent, more distant sounds – joined by strange nocturnal noises – become prominent. Many of the nocturnal sounds are made by predators like owls and coyotes, and they inspire a feeling of dread in more creatures than just humans.

Another possible reason for a heightened sense of fear at nighttime follows the previous point: Most predatory animals hunt for their food at night. Many snakes and poisonous spiders are nocturnal; carnivorous wild animals that sleep during the day are on the prowl at night, skulking around for an easy kill. Even small, harmless creatures like mice come out at night, possibly accounting for their ability to terrify the wits out of some people. After all, mice really aren’t that bloodthirsty.

Bloodthirsty animals aren’t the only ones awake in the dark. Violent acts and premeditated criminal activity often occur at night, since many perpetrators feel less likely to be exposed for their misdeeds under cover of darkness. There’s a legitimate reason many women drive home in fear of being followed at night whereas such apprehensions seem silly when driving the same route the next morning.

Regardless of the safety of our surroundings, most people have an innate instinct that arouses more fear at night than in the day and determining the circadian connection is crucial for learning how better to treat those whose fear of the night can lead to health issues. A great example of this is insomnia. 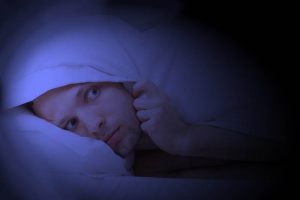 For many who suffer from insomnia, a basic—though often untreated—cause is a simple fear of the dark, which, in reality, is a fear of the night.

According to Dr. Colleen Carney of Ryerson University:

“An individual may not be able to fall asleep once it’s dark and their mind starts to wander. They think, ‘What if someone breaks into my house?’ Instead of realizing these associations may indicate a fear of the dark, they skip a step and assume they have a fear of burglars.”

Although insomnia medication does a good job of treating patients who aren’t as affected by nighttime fears, some treatments that don’t encourage patients to overcome their fears of the night continually fail. Dr. Carney explains:

“A phobia is maintained through avoidance. By not facing the phobia, it’s going to stick around.”

As more and more focus is spent on understanding the intricacies of chronobiology and how some people are more susceptible to paralyzing fright than others after the sun goes down, it’s likely that relief may be offered to those who suffer from excessive nighttime fears. After all, it’s nice to enjoy a quiet evening under the stars and only jump slightly when a distant howl interrupts the solitude.