According to recent research on caffeine and sleep deprivation, coffee and other caffeinated beverages are not the best choice for dealing with the results of poor or insufficient sleep. Published in the Journal of Experimental Psychology: Learning, Memory, and Cognition, the results of a Michigan State University Sleep and Learning Lab study found that caffeine was unable to compensate for a lack of sleep. This was especially apparent when it came to higher level cognitive task performance. Furthermore, using caffeine as a substitute for proper sleep can actually contribute to sleep disorders and poor sleep quality.

Coffee: Not an Effective Solution 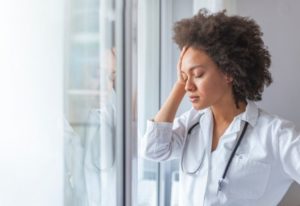 The MSU study on caffeine and sleep deprivation involved just over 275 participants who were asked to perform certain cognitive tasks after being deprived of sleep the night before. Researchers found that while caffeine can help people to stay awake and can improve mood when tired, as well as aid in the performance of simple cognitive tasks, it could not alleviate the impact of sleep deprivation on the performance of more complex cognitive tasks. Associate psychology professor Kimberly Fenn, the study leader, pointed out the impact this decreased cognitive performance can have, including increased risk of traffic accidents and medical errors.

The Caffeine and Sleep Deprivation Connection

Sleep deprivation and poor sleep quality have been recognized as serious public health problems on a global level. Insufficient and poor quality sleep can have a powerful negative impact on both physical and mental health. Not getting enough sleep and poor quality sleep are associated with an increased risk of developing numerous diseases and chronic health conditions, including cardiovascular diseases, diabetes and obesity.

Sleep quality impacts immune function and the body’s healing and growth processes. Those that chronically don’t sleep well run a higher risk of depression, anxiety, other mood disorders and cognitive disorders. And, the number of people suffering from insufficient sleep, poor quality sleep and sleep disorders is on the rise.

While there are a variety of factors contributing to the world’s sleep problems, including the modern lifestyle itself, researchers have found an important caffeine and sleep deprivation connection. That connection lies, in part, in the half-life of caffeine, or how long it takes the body to process half of the caffeine a person has consumed. This half life ranges between four and six hours. Depending on the amount and timing of caffeine intake, consuming caffeine can result in delayed sleep, as well as disruption of the deep, restorative sleep stages. It can also make existing sleep disorders, including insomnia, worse. Waking up tired yet again leads many to reach for their caffeinated beverage of choice to help them through another day.

Caffeine consumption doesn’t just include coffee and tea. Although soda consumption has fallen in recent years, people still do drink a lot of soda — including caffeinated carbonated soft drinks. All too often, sugary, caffeinated drinks are the beverage of choice all day long and well into the evening. Many people, combating exhaustion, use highly caffeinated energy drinks or drink coffee and other caffeinated beverages throughout the day and evening, hoping for the energy boost to help them through another round of tasks and responsibilities. Yet, for many, those same caffeinated beverages are making it harder for them to get a good night’s sleep, thereby putting their overall health and well-being at risk, as well as inhibiting their ability to perform their best.

Address the Problem, Not the Symptoms 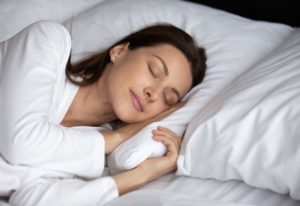 Reaching for caffeine to get you through the tiredness you experience after a poor night’s sleep isn’t the best choice because it merely addresses symptoms, and not even sufficiently at that. The better choice is to take aim at the source of the symptoms, the actual problem – not getting enough quality sleep.

It’s time to recognize that getting proper sleep is essential self-care with a vital role in your overall physical and mental health and well-being. The very best solution to the effects of sleep deprivation is to make getting enough sleep a real priority in your life.

For many people, of course, that is easier said than done. After all, life is demanding, especially when calculating professional and family demands and responsibilities. However, taking a clear-eyed look at your priorities can help. Consider your long-term health against what those extra hours at work may provide materially and whether or not those social obligations are really worth sacrificing your sleep over. Simplifying your lifestyle and de-cluttering your life can help you to find the time for better sleep.

Better sleep is connected to better health, physically, mentally and cognitively. There simply is no substitute for a good night’s sleep. Instead of routinely trying to push through a sleepy day with caffeine, work on prioritizing sufficient sleep and improving sleep hygiene. It will serve you far better, both in the short-term and over the long-term.