Can Getting Too Little Sleep Make You Selfish?

Sleep, both in terms of amount and quality, has garnered a great deal of research attention over the past few decades. And, rightfully so. Intrinsic to cognitive performance and mental well-being, critical to physical health and healthy aging, sleep is an essential part of our lives that deserves far more respect and greater priority than it typically receives. According to the results of new research linking sleep and helping others, sleep also impacts our social cognition and social behaviors, with even just an hour less sleep in a night able to cause a decrease in a person’s willingness to help others.

How Sleep and Helping Others May Be Linked 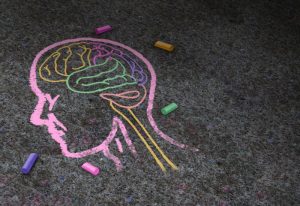 This new research, conducted by University of California, Berkeley, researchers and published in PLOS Biology, is fascinating. It builds on a host of previous studies that demonstrate the negative impact that a lack of sleep can have on cognitive function, emotional control, mental health and even on empathy and social behavior. The UC Berkeley research project brought together three studies, each providing insight into areas of helping others and how the willingness to help was impacted by sleep loss.

In one of the three studies that made up this research project, the researchers used a functional magnetic resonance imager (fMRI) to compare the brain activity levels of study participants after an eight-hour night of sleep and after a night without sleep. They found that the areas of the brain dealing with empathy were notably less active in those that were sleep deprived.

Another study looked at how likely people were to help others as they went about their day in relation to how much sleep they got during the prior night. According to the researchers, less sleep during the night translated into less willingness to help others the following day with such incidental things as holding a door open, aiding an injured stranger and other sorts of individual decisions to help or not.

In the third study, the researchers found that it doesn’t take much of a sleep loss to impact the willingness or desire to help others. Just the difference of an hour seems to have an effect, according to a study of giving rates to charities during the week after the start of Daylight Saving Time in the spring.

During that week after the clocks move forward in many areas, causing the loss of an hour of sleep for a lot of people, along with some sleep-wake cycle disruption while adjusting to the time shift, charitable donations decreased by 10 percent. However, states and regions that don’t change their clocks did not have a comparable reduction in donations during that same one-week period.

Social Impact of Sleep Deprivation Felt Far Beyond the Individual

“This new work demonstrates that a lack of sleep not only damages the health of an individual, but degrades social interactions between individuals and, furthermore, degrades the very fabric of human society itself,” explained Walker.

“If you’re not getting enough sleep, it doesn’t just hurt your own well-being, it hurts the well-being of your entire social circle, including strangers,” added Ben Simon.

Their perspective, shaped by their in-depth research, may be particularly meaningful in our modern, chronically sleep deprived era, especially with the array of challenges we currently face on a global level, ranging from the economic to the political, from food and energy struggles to worries of war. 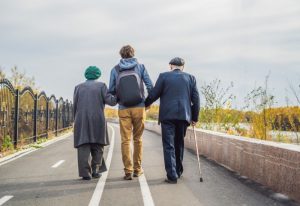 The researchers point out that the far-reaching effects of a chronic lack of sleep move well beyond the physical, mental, cognitive, emotional and social health of the individual. The breakdown of those areas of health has social and societal costs, costs that can shape the character of a nation as a whole and perhaps even have a global impact. The willingness to help, some would argue, is part of our humanness and essential to successful civilizations.

Good Sleep Essential to Being Your Best Self

Ben Simon also noted it is a mistake to undervalue sleep, individually and culturally, considering it to be, aside from a health essential, a kindness to oneself and others. The accumulated evidence from decades of research is clear, good-quality sleep and enough of it is essential to you being your best self, now, in the short-term and over the long-term.

It’s time to make your healthy sleep a serious priority. Aside from what it does for your own health and well-being, your better sleep may even play a real role in helping to make the world a better place.