Many men suffer from a low libido for a variety of reasons, but modern medicine has few answers. However, light therapy may provide a needed boost to the male sex drive.

Most people are familiar with the pharmaceuticals available for erectile dysfunction, including the famous “little blue pill.” While there are helpful medications and supplements for the lowered male libido, which is a more common problem than many realize, new studies show light therapy may be just what the doctor ordered for the male sex drive.

Disorders of the Male Sex Drive: A Common Issue

Disorders of the male libido are surprisingly common, affecting as many as two out of five men over the course of their lifetime. While these can often be managed by treating an underlying cause, such as low testosterone or depression, a cure can remain elusive for many men. For many men, low testosterone appears to be a cause, but their testosterone is not low enough to qualify for testosterone replacement. Until recently, the cure for a low male sex drive was a mixture of lifestyle choices and counseling. However, new research suggests that low libido is intricately tied to light levels and the seasons, and that light therapy may offer an answer.

Could Light Therapy Boost the Libido?

A new study in Italy looked at the effects of light therapy on men. After as little as two weeks of therapeutic exposure to light, men saw an increase in testosterone and a corresponding increase in sex drive. Thirty-eight men diagnosed with hypoactive sexual desire disorder or sexual arousal disorder were split into two groups. One received daily light therapy for two weeks while the other, the control group, received light therapy but with a much lower level of light emitted from the light box. At the end of the two-week trial, men who had been exposed to the higher level of light rated their sexual interest as a 6.3 out of 10 while those in the control group reported interest of 2.7 out of 10. In addition, men who were exposed to the higher level of light had an increase in testosterone from 2.1 nanograms per milliliter to 3.6.

This is not surprising news for many scientists, as many previous studies have shown that men’s sex drive increases in the spring and summer, when light levels are high. Reproductive rates mirror this trend, with June being the most common month in which to conceive.

The Wonder of Light

Exposing yourself to natural light is a simple healthy change that can have profound effects on not just your sex drive, but also your overall health. Previous studies have found that light therapy is as effective as popular anti-depressants in the treatment of depression. In addition, low light levels are thought to be the cause of seasonal affective disorder (or SAD), a depressive disorder affecting many people who live in low-light areas during the fall and winter. Light appears to be more important to our whole body health than many people realize, so exposure to light is a useful treatment for many debilitating disorders and diseases.

While light therapy will never exceed the popularity of Viagra and other drugs, it appears to be a possible treatment for many men who struggle with a low sex drive. We evolved to live in the constant light and dark cycles of nature, so getting the right levels of light and dark appears to be helpful for many common health issues. 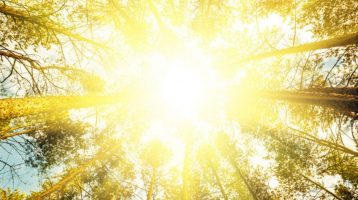 Our circadian rhythm is one of the most important drivers of our physical and mental healt... [Read More][weiterlesen]