How Does Daylight Saving Time Affect Our Circadian Rhythm?

Sleep disturbances are surprisingly common in the Western world. Many people struggle to get to sleep at a reasonable hour and then spend their days exhausted. Modern research into chronobiology, or the science of our bodies’ internal clocks, suggests that a lack of sleep can even contribute to disease. In honor of Sleep Awareness Week, let’s look at one common and almost universal cause of disturbance to sleep patterns: The “spring forward” change in clocks known as Daylight Saving Time.

Why Do We “Spring Forward”? 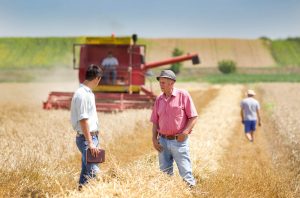 Daylight saving time was invented to give people more hours of daylight in their day. Turning the clocks an hour forward in the spring increases the hours of daylight available for activities after people have finished a typical work or school day. Daylight saving time has been found to be beneficial for physical activity and the economy. This was especially important in the 20th century, when several major wars and the energy crises demanded maximum efficiency and productivity.

However, this extra hour of sunlight comes with a cost. People must wake up an hour earlier, while often unable to sleep until the same time. The human brain does not begin to produce melatonin and other hormones essential for good sleep until dark. The result for many people is less sleep. According to recent research, disturbing a person’s circadian rhythm by even an hour is a drastic event with potential health consequences.

Effects of Daylight Saving Time on the Circadian Rhythm

The circadian rhythm is a 24-hour clock in the human body. Different hormones are released and different cell processes occur at different times in the day. Long term disturbances in the circadian rhythm have been linked to higher rates of cancer and other diseases as well as depression, anxiety and occupational accidents. Research in this area has led to a new field of science called chronobiology, which studies biological timing and its effects on health and disease.

While many people feel that they adjust quickly to the “spring forward” in daylight saving time, this is rarely true. A 2007 study found that sleep and wakefulness patterns were still disrupted eight weeks later. It was particularly difficult for “night people” to adjust, as they were unable to fall asleep early enough to get adequate rest. 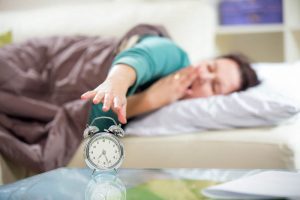 Many people are left exhausted and sleep deprived by the change in clocks. This can have immense consequences for health and safety. Sleep deprivation has been linked to occupational and vehicular accidents. For example, the Chernobyl nuclear meltdown has been partially attributed to sleep deprivation in the employees who worked there. A study by the U.S. National Institute for Occupational Safety and Health found that workplace accidents increase immediately after the beginning of daylight saving time, while car accidents also increased by eight percent. A nation of sleep-deprived adults is not safe for anyone.

In addition to a negative effect on safety, the shift in the circadian rhythm can also affect individual health. Heart attacks increase sharply in the few weeks after clocks spring forward. Long term sleep disturbances may even lead to cancer and heart disease. While there may be some energy savings due to the shift in the clocks, these are not significant compared to the dangers incurred when the entire nation has their circadian rhythm disturbed.

According to the CDC, around 70 million Americans suffer from sleep disorders. Problems with getting enough sleep and high quality sleep are so common that many people accept them as a fact of life. To raise awareness about disordered sleep and ways to prevent it, the National Sleep Foundation has made March 2 to 8, 2015 “Sleep Awareness Week.” This is the perfect time to question elements of our society that prevent us from getting the good night’s rest we need.

Adjusting to the Spring Forward 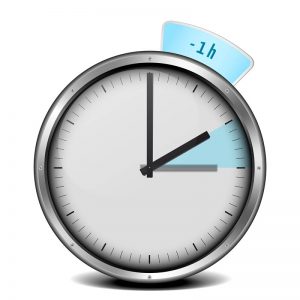 There are a few ways that you can adjust to daylight saving time:
• Drink little or no caffeine for a few days before and after the change in the clocks.
• Begin going to bed and waking 15 minutes to a half hour earlier in the week before the time change.
• Try to relax in the hour before bed. Take a melatonin tablet, drink chamomile tea or take a hot bath.
• Expose yourself to bright light immediately upon waking and to dim light or darkness about an hour before you plan to go to bed.

American life is not conducive to getting the rest we need in general. Daylight saving time, however, is an extraordinary challenge to the circadian rhythms of millions of people. Sleep Awareness Week offers an opportunity for people to ask themselves whether the increase in daylight hours is worth a potential decrease in health and safety.