While links have been established between sleep disorders and these types of major brain disorders, scientists are still exploring whether disrupted deep sleep is a cause, an effect or even both to a certain degree. These explorations have raised some intriguing questions, such as whether or not deep sleep has the potential to serve as a weapon against these types of devastating brain disorders.

Brain diseases like Alzheimer’s and Parkinson’s are associated with an excessive buildup of certain types of proteins in the brain, as well as a higher incidence of sleep disorders. As assistant professor Adam Spira, PhD. of the mental health department at the Johns Hopkins Bloomberg School of Public Health points out, the standard point of view among scientists used to be that the sleep disorders associated with dementia were a result of the damage done by the brain disorder causing the dementia. However, over the past decade, that point of view has changed, opening up to the potential of sleep disorders and sleep deprivation to be a contributing factor to developing such disorders.

Part of that shift relates specifically to a deeper understanding of the role of sleep in overall brain health and function. Deep sleep, it turns out, plays a particularly important role in the health of the brain, especially concerning brain diseases that feature specific types of protein build up, such as the beta-amyloid build up associated with Alzheimer’s disease. That is because it is during deep sleep, via the action of the glymphatic system, that toxins, including the toxic beta-amyloid protein, are flushed out of the brain, carried away by cerebrospinal fluid.

That has led some researchers to theorize that disrupted sleep and a reduction of the time spent in deep sleep may contribute to an over-accumulation of such toxins, thereby increasing the risk of developing such brain disorders as Alzheimer’s and Parkinson’s.

Exploring the Potential for Deep Sleep as Treatment

At the University Hospital of Zurich, neuroscientist Dr. Marta Morawska is among the medical scientists looking at the potential of improving or restoring deep sleep as a potential treatment for such brain disorders as Parkinson’s, which features both sleep disorders and sleep deprivation as well as a buildup of alpha-synuclein, another toxic protein that can collect in the brain. Morawska and her research team theorize that increasing slow-wave deep sleep can help slow the progression of Parkinson’s disease by helping to flush away the toxic protein associated with the disease.

The researchers tested their theory in a study conducted on mice. The study was successful in demonstrating that sleep deprivation did increase alpha-synuclein build up in the brain. When sodium oxybate was used to produce slow-wave deep sleep in the study subjects, the amount of alpha-synuclein decreased.

With both Alzheimer’s and Parkinson’s diseases featuring toxic protein build up and a solid link to the role of deep sleep in flushing such toxins, there are encouraging potentials for both treatment and prevention of such devastating brain disorders. Morawska expressed optimism that the teams’ research results could lead to the conducting of clinical trials with Parkinson’s patients and perhaps even be refined into a viable treatment for the disease.

In terms of prevention, the concepts involved are quite simple and logical, something that the average person can put to use in their daily life today. If the buildup of these toxic proteins in the brain are associated with a higher risk of these types of brain disorders or diseases, then it is a matter of simple logic that reducing that build up has real potential to decrease that risk.

Exactly how much risk reduction isn’t yet known, because there are other factors involved, but every bit of risk decrease is a win, so take advantage of what you can control. Give the brain and its glymphatic system the opportunity to do what it is supposed to do – flush away toxins – by making healthy sleep a priority throughout your life. 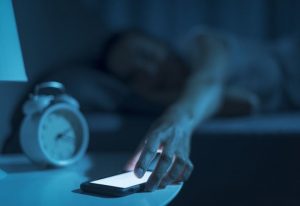 The takeaway when it comes to sleep and brain health? It is possible to take advantage of the means you have at your disposal to reduce the risk of brain disorders and protect brain health. The science is clear: Sleep is essential to brain health, both in the short-term and the long-term.

Take steps to improve sleep quality and to make sure you get the deep sleep your brain needs by making smart lifestyle choices. Eat a healthy diet, including reducing or eliminating processed foods. Get enough physical activity daily. Be sure that you get natural light exposure daily, helping to promote circadian rhythm health and better sleep. Learn sleep hygiene principles and put them to work for you and your brain.