Sleep is an important factor in libido, contributing to a healthy sex drive in a number of ways. The importance of sleep to sex drive and reproductive function goes well beyond simply not being too tired to engage in sexual activity. Getting enough good quality sleep increases libido because it impacts the mechanisms of sexual desire, such as hormone production. Indeed, sleep – both quantity and quality – may all too often be overlooked when considering or treating low sex drive concerns in women. 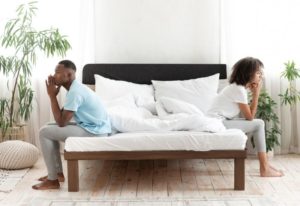 According to the Mayo Clinic, it is perfectly natural for a woman’s sex drive to experience peaks and valleys through the years. Levels of sexual desire can, and often do, change with such experiences as pregnancy, relationship changes, illness, mental health challenges, stress levels and menopause.

As individuals, what may feel like a low sex drive to one woman, in terms of how often one desires sexual activity, may feel perfectly normal to another. Pinning down a definition for something that could be considered rather subjective isn’t easy, but the Mayo Clinic does offer useful guidance. Symptoms of a low sex drive in women include rarely or never having sexual urges or thoughts, having little-to-no interest in sexual activity, either with a partner or solo, and feeling concerned or upset by the absence of these thoughts, desires and activities.

A low sex drive can be caused by a range of things, including some types of medications, such as those prescribed for some mood disorders. Other causes include past trauma, relationship issues, depression, physical illnesses, lifestyle issues, substance use or abuse, periods of stress and exhaustion or chronically not getting enough sleep.

Most people, especially working parents, are familiar with the most obvious connection between sleep and libido. After all, with continuous family, professional and social demands, getting enough sleep can be difficult, leaving women often just too tired to have much of a sex drive. However, that isn’t the only way sleep impacts libido. Studies show that sleep affects libido on a much deeper level, impacting the mechanics of sexual desire.

In a study involving 171 college students, none of whom were using antidepressant medications, researchers were able to connect sleep quality to sex drive. Once a baseline sleep pattern was established for the participants, the researchers found that sleeping longer translated into increased sex drive the following day. According to their study results, published in the Journal of Sexual Medicine, each additional hour of sleep saw the participants sex drive increase by 14 percent.

As a recent study, published in Menopause: The Journal of The North American Menopause Society, demonstrated, it’s not just the quantity of sleep that matters, but also the quality. In this study, women who experienced poor quality sleep were almost two times as likely to experience a low sex drive and decreased sexual pleasure than women who were sleeping well. According to the researchers, the amount of sleep was less important than the quality of the sleep. That, however, isn’t to say that sleep quantity isn’t important, because it is. Women included in the study that were sleeping five hours or less per night were also more likely to report a low sex drive or other sexual difficulty.

Sleep plays a critical role in many aspects of physical health and functioning, including reproductive health. Hormone production and the timing of that production are tightly connected to the circadian rhythm and proper sleep. Hormones, including estrogen, progesterone and testosterone, are essential elements for reproductive health and function, including influencing sex drive. Balance is key to optimal sexual function and proper sleep is a vital element in achieving and maintaining that balance.

Carve Out the Time

Improving sleep quantity and quality is fairly simple on the surface for most people. For many women, the real challenge lies in carving out the time required to get the seven to nine hours of sleep nightly that a person needs to be her best. For cohabitating parents, that may mean negotiating a better division of household and parenting chores that allows both partners to get sufficient sleep. For busy professionals and others navigating a flood of daily – and nightly – demands, it may mean embracing the power of no and the superpower of delegation. 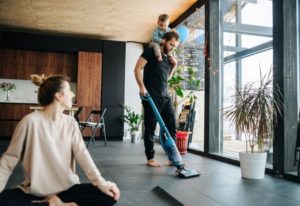 With the awareness that sleep increases libido, once the time is carved out, the average person can make some simple lifestyle changes to improve sleep: