Our need for sleep is something that interests and concerns researchers from around the world, inspiring countless studies. In the past, it has been found that the quality of one’s sleep is just as important in maintaining overall health as the amount of sleep one gets each night. In addition to preventing the mind from getting the rest it needs to recharge and function properly, sleep deprivation also has serious effects on physical health.

Now, a new study has discovered that poor sleep quality damages DNA. In turn, this can greatly maximize various health risks for those who aren’t getting enough sleep.

Lack of Sleep Can Increase Your Health Risks 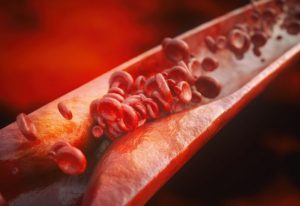 One area of health that’s affected by sleep is heart health. In the past, it has been found that fewer hours of quality sleep increased the risk of heart disease. Continuing research on the topic may have discovered a reason for this elevated risk. When people don’t get enough rest, levels of the hormone hypocretin is decreased. This hormone is responsible for promoting wakefulness, but it’s also for the production of a protein called CSF1.

When levels of hypocretin are too low, the brain produces more of the protein, which, in turn, boosts the levels of inflammation in the body. Particularly, the white blood cells in bone marrow become inflamed, raising the risks that the individual will develop atherosclerosis. Continued increases in CSF1 levels cause inflammation to spread to the blood vessels, raising the risks of developing hypertension and cardiovascular disease. Conversely, getting enough quality sleep will help the brain maintain more optimum levels of hypocretin, which will keep CSF1 levels low.

Poor sleep quality can also increase your risk of developing type 2 diabetes. Research has found that sleep deprivation inhibits the body’s ability to produce sufficient levels of insulin, which is the hormone used to push sugar, or glucose, to your cells for consumption. If your body isn’t producing enough insulin, sugar remains in your blood.

Compounding the problem is the overproduction of cortisol, a stress hormone. Your body produces more cortisol when you aren’t getting enough sleep. In addition to producing other physical stress-related symptoms, cortisol also lowers the effectiveness of insulin. As a result, the insulin your body produces will be too weak to push glucose to your cells. These factors can work together to cause a build-up of glucose in the blood supply, leading to a state that increases the risks for developing type 2 diabetes.

As the study began, the doctors in both groups were permitted three nights of quality, uninterrupted sleep, so everyone would start the study with sufficient rest. Blood was drawn from the subjects following the three days. After the first group had been required to work an overnight shift, blood was again drawn from those subjects.

The blood samples were analyzed and compared to determine the effects of sleep loss on DNA. The researchers found that the doctors working the overnight shift exhibited a general 30 percent higher rate of DNA damage. The study also found that gene activity was slower in subjects who had just worked an overnight shift.

The Link Between Sleep, DNA Damage, and Cancer 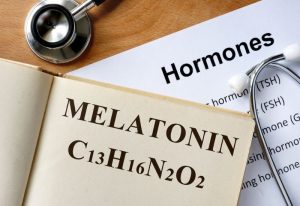 What does increased DNA damage mean for one’s health? For one thing, it may explain the increased rate of cancer among those who don’t get enough sleep. The mind regulates sleep and wakefulness by producing hormones. Melatonin is one such hormone, and its function is to regulate sleep, which is why it’s commonly used as a sleep aid supplement. Melatonin also serves another function in that it helps protect against DNA damage. It may even help reduce the risks of tumor growth in the body by protecting DNA.

In looking at the development of breast cancer and colon cancer, researchers found that the presence of melatonin resulted in increased capacity to repair DNA. This indicated that cancer-causing DNA damage could be repaired by introducing higher levels of melatonin. The reverse was also found to be true in that insufficient melatonin production opened the body up to increased cancer risks, resulting from DNA damage.

These findings indicate that sleep is even more important than we previously realized. While people working overnight shifts are at an increased risk for sleep deprivation and the ensuing health consequences, everyone must be more conscientious about getting enough quality sleep. Insufficient sleep can affect the functioning of the brain in many ways, causing an imbalance of hormone production that increases a number of health risks. Even six hours of sleep is insufficient to safeguard against these risks. To ensure you maintain a healthy mind and body, a minimum of seven hours of sleep is required each night.