Shift work can have a negative effect on the romantic lives of people who work nights. A new study shows it also has physical effects on the male sex life as well.

It is easy to see how working nights might interfere with a person’s romantic life. Evening and night workers are away from home while other people are lying cozy in their beds. However, this is not the only effect that shift work has on men’s sex life. Research shows that it can reduce libido and fertility as well as have other serious physical effects.

Fatigue and sleeplessness are already known to have a sizable negative effect on a couple’s sex drive. People who are exhausted go to bed to sleep, rather than fooling around. Most people associate low libido with women, but men are also at risk. In fact, research indicates that around two out of every five men will suffer from this problem at some point in their lives.

Men are also less likely to talk about this and other sexual problems. They are subject to societal messages that men be virile and have a high sex drive, adding an additional layer of shame. A low sex drive and/or infertility can be devastating to a man, which makes new research on sleep and men’s sex drive even more concerning.

Chronobiology research has shown that shift work affects human health in a variety of negative ways. Most recently, a study has found that it may have especially dramatic effects on men’s reproductive systems. To discover this link, researchers gave questionnaires to almost 2500 men who are patients at an andrology clinic for disorders related to low testosterone. Almost a third of these men engaged in shift work, which is far higher than the general population. In addition, the men who worked odd hours suffered more effects of their low testosterone. Previous studies have also found that shift workers comprise almost half of male infertility patients and also are at higher risk of urinary tract infections.

This is not the first study to link male infertility with poor sleep quality. A Danish study four years ago performed extensive testing on men and also interviewed them about their sleep habits. Young men with sleep disturbances had lower sperm quality. Many men do not realize that their work schedule is affecting their fertility until they begin trying to start a family, so it is possible that this affects more people than we realize.

Can correcting sleep disorders help to promote a man’s sex life and fertility? Research suggests that taking measures to regulate circadian rhythm may have a beneficial effect. Men who have problems with libido who undergo light therapy report marked improvement. Melatonin supplements, good sleep hygiene and other natural ways to improve sleep duration and quality also may increase men’s sex life and libido.

For most people, working unusual hours means less sleep and lower quality sleep. This, in turn, can have effects on almost every aspect of a person’s health and well-being. Maintaining a healthy circadian rhythm is an important part of maintaining a healthy body. 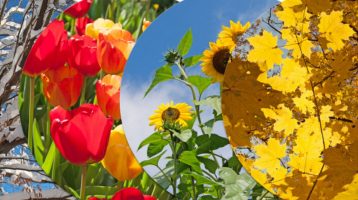 The Role of the Circannual Rhythm in Health and Disease

A great deal has been written about the circadian rhythm and the role it plays in health a... [Read More][weiterlesen] 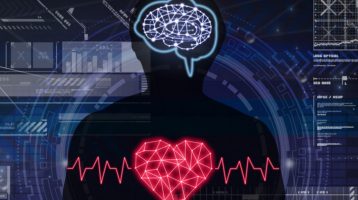 A Disrupted Circadian Rhythm Affects Both the Body and the Brain

Do you feel sleepy even after an adequate amount of sleep? Do you feel fuzzy and dull thro... [Read More][weiterlesen]