A recent scientific revelation demonstrated that the internal body clock controls brain waste removal. Previously, it was believed that sleep itself was a crucial player. These new findings are instrumental in proving that the body’s inherent circadian rhythm, not sleep, is the controlling element in how the brain is able to effectively eliminate waste.

This research also helps to shed new light on why certain populations may be more likely to experience serious neurodegenerative disorders. In order to dive into this exciting new research, it is first necessary to understand the basics of the glymphatic system and how it is connected to the body’s natural circadian rhythm.

What is the Glymphatic System? 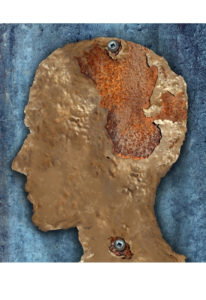 The recently discovered glymphatic system is one of the brian’s primary waste clearance pathways. This glial-dependent system is engineered to eliminate a myriad of soluble waste proteins and metabolic products, moving them out of the brain. The glymphatic network is the front end of waste removal within the body, connecting to the lymphatic network.

This waste system was first discovered in 2012 by researchers at the University of Rochester Medical Center (URMC) in New York. The scientists named it the gylmphatic system because its function is managed by cells called “glial cells.”

This was not the only important discovery relating to brain waste removal. The following year, the team discovered that this brain waste removal system does most of its work as the body sleeps. Through their experiments, they determined that the glymphatic system is controlled by the body’s natural circadian rhythm.

The Importance of the Circadian Rhythm

So what exactly is the circadian rhythm? This master clock governs the sleep and wake cycles that an individual goes through every 24 hours. These daily rhythms are the result of the body’s innate biological clock.

The circadian rhythm is influenced by a host of environmental cues such as light. The research is clear that this rhythm is tied to the cycles of dark and light that occur within a 24-hour period. During daylight hours, exposure to light leads the master internal clock to produce the alert state that keeps you awake. As the darkness begins to set in at the end of the day, the clock boosts the production of melatonin in an effort to encourage and support healthy sleep.

When the circadian rhythm is at peak functioning, you are more likely to enjoy deep and restorative sleep. However, a disruption to this rhythm can create a variety of both physical and mental health issues.

After the initial round of discoveries, the research team ran a myriad of experiments using mice, with the goal of gaining a better understanding of how and when the glymphatic system operates. The foundation of the study honed in on sleep and how glymphatic system function translated to the risk of developing Alzheimer’s disease.

The researchers discovered that the glymphatic waste removal system was the most active when the mice were asleep. The specific results demonstrated that the volume of interstitial space increased at a rate of 60 percent while the test animals were asleep; as the volume increased, the rate of the removal of amyloids increased. From these findings, the scientists were able to conclude that “the restorative function of sleep may be a consequence of the enhanced removal of potentially neurotoxic waste products that accumulate in the awake.”

This study strongly indicates that the circadian rhythm is the driving force behind the effectiveness of the glymphatic system. Furthermore, observations in mice show that waste removal is likely not as efficient when an individual sleeps during the day. This provides further proof that regular and consistent sleep cycles during hours of darkness deliver a restorative function and protect the brain from various disorders.

Importance of this Study 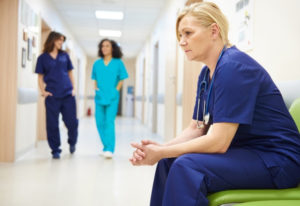 There are many important takeaways from this breakthrough study regarding the effect of the body’s circadian rhythm on the glymphatic system. As a result of this study, scientists and medical professionals have gained further insight into possible reasons why shift workers may be at an increased risk of developing brain conditions such as Alzheimer’s disease.

It is not uncommon for shift workers to experience broken circadian rhythms that may negatively affect the ability of the glymphatic system to rid the brain of damaging waste. Because of this disruption to the waste removal process, chronic inflammation, leading to serious neurodegenerative disorders, is more likely to take hold.

Understanding the complex relationship between the circadian rhythm and how waste is removed from the brain helps to shed light on why some people are more prone to developing deteriorating brain conditions. While there is still much to learn, these findings may hold the key as to why certain people are more likely to suffer from a variety of disorders related to the central nervous system.