How to Avoid the Negative Health Consequences of Sleep Debt

Many people simply are not getting enough sleep. Over time, this can accrue into what scientists call sleep debt. What are the physical consequences of this debt? Can you truly make up for lost sleep later? Several new studies have looked at this topic with both good and bad news for people who don’t get the amount of sleep they need to function well.

What Is Sleep Debt?

Are you getting enough sleep? Many people believe incorrectly that they are. Some even claim that they can survive on less than eight or even less than six hours of sleep, a dearth of shut-eye that would leave most of us feeling both the cognitive and physical effects. Over time, getting less than your needed amount of sleep every night adds up to what scientists call sleep debt.

Just like an overdrawn account, the consequences of regular sleep “overdraft” can compound until they are serious. People begin to suffer consequences when they don’t get the amount of sleep that they need over a significant period of time. How much sleep exactly does a person need? While the numbers vary, getting less than six hours per night appears to create a significant amount of sleep debt.

The Consequences of Missing Out on Sleep

How do you feel after a sleepless night? For most people, life without adequate sleep can be difficult. Our bodies have several systems in place to ensure that we get the sleep we need. Adenosine begins to build up in our cells, which appears to be part of the pathway that makes us feel sleepy. In addition, our circadian rhythms release hormones such as melatonin that encourage us to go to sleep at the correct time.

Over time, the effects compound to take quite a toll on our health. Several studies have shown that people who regularly miss out on the ideal amount of sleep can suffer attention difficulties, memory issues and higher levels of stress. Their driving is affected, with tired driving causing similar effects to drunk driving. Lack of sleep can weaken your immune system. In addition, a large and growing body of studies has concluded that not getting enough sleep can also lead to higher levels of inflammation in your body. Over time, this inflammation contributes to higher rates of heart disease, metabolic disease and even cancer.

Can You “Pay Off” Sleep Debt? 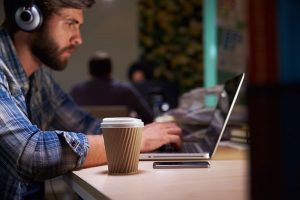 Many people who do not get enough sleep during the week choose to catch up later; on weekends, days off or anytime that they can find a few minutes to nap. This definitely can make people feel better and more rested, however, will this “catch-up” on sleep also help pay off your “debt?”

According to research, getting extra sleep when you can will make a difference, but not completely overcome the effects of sleep deprivation. People who have slept extra to make up for a lack of sleep have lower levels of inflammatory markers than those who don’t. This suggests that the inflammatory effects of insomnia indeed can be mitigated.

However, catching up on sleep does not lower levels of cortisol, a stress hormone that shoots up when we miss out on sleep. In addition, most people will continue to score lower on cognitive and memory tasks then they would when fully rested without any sleep that. It is possible to catch up on sleep, but it takes time and many nights of adequate time. What is truly needed is a lifestyle change, not a single Saturday of sleeping in.

Tips for Catching Up on Sleep Once and for All

The best way to pay off financial debt is to make a budget, stick to it and keep up with regular payments. The best way to pay off sleep debt is very similar. Researchers recommend simple lifestyle changes that allow for getting enough sleep every night. For instance, people who go to sleep and rise at the same time every night tend to fall asleep easily and sleep well all night. Avoiding alcohol, caffeine and nicotine also can make it easier to sleep.

In addition, it is important to let go of the stresses of the day before trying to sleep. Meditating or taking a hot bath can help. In addition, putting away the phone or tablet can help you to disconnect. Taking time before bed to relax and prepare for sleep is essential in a stressful world.

Many people today are struggling with a lack of sleep, often with dire consequences. Unfortunately, the only way to “catch up” on this debt is to make a lifestyle change that allows for more sleep every night. While this can be difficult in the modern world, it is essential for whole-body health.