Melatonin is one of the most popular natural health supplements of our time. With millions struggling to fall asleep and stay asleep every night, is it any wonder that so many people reach for this safe and common remedy? However, maintaining healthy melatonin levels is not just important to sleep. Melatonin deficiency can have a variety of devastating effects on your health, affecting both your body and mind. 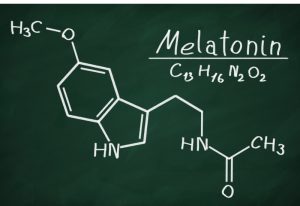 Although many people take melatonin to help them fall asleep, most probably do not truly understand this simple hormone. Melatonin is stored in the pineal gland, a small area of your brain. When your eyes sense light, a specialized part of your brain called the hypothalamus suppresses the release of this biochemical. When you are in darkness, this hormone is released into your bloodstream.

Once released, melatonin has a variety of effects on the human body. It is best known for its effects on sleep, helping you to fall asleep and to sleep soundly throughout the night. It is also a potent antioxidant, helping the tissues of your body to heal from the damage of the day. Melatonin also interacts with your metabolism, telling your body when to stoke its fires and when to settle in for a rest. Last, melatonin has a dramatic effect on the cells of our cardiovascular system, helping them to repair the linings of our blood vessels.

Because melatonin plays so many different roles in our bodies, living with a deficiency of this hormone can be devastating. Although the effects on sleep are most noticeable for many people, melatonin deficiency can usher in a wide range of other health effects.

Missing Out on Sleep and More

Many people are familiar with melatonin’s role in sleep. When this hormone is released, your eyes begin to feel heavy and the yawns start coming. Taking a melatonin supplement has similar effects.

However, millions of people in the modern world do not make enough melatonin. This hormone is released in response to darkness, which is becoming increasingly rare in the modern world. Many people use electronic devices, which release a blue wavelength of light that suppresses melatonin production. Even if you can put away the smartphone for an hour before bed, light pollution is a growing issue in a world filled with streetlights and other unnatural nighttime light sources.

In addition, we make less melatonin as we age. Older people often struggle with sleep, in part because they are not making enough of this essential sleep hormone. This is unfortunate because the effects of low melatonin often become particularly dramatic as we become older.

The result is that millions of people, particularly older people, have a dysregulated circadian rhythm and do not make the melatonin that they need to enjoy optimal health. Although you may not feel the other effects of melatonin deficiency immediately, they can have a huge effect on your lifelong well-being.

The Risks of Melatonin Deficiency 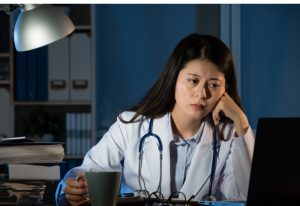 Because melatonin is an anti-oxidant and also triggers DNA repair, a deficiency of this vital hormone can also have effects that will not be seen for decades. Low levels of melatonin have been linked to increased risk of several different kinds of cancer. The increase is so dramatic that the World Health Organization considers shift work a carcinogen. In addition, lower melatonin levels been linked to higher rates of dementia in old age.

People who work shifts at odd hours are also at much higher risk of metabolic disease. Because shift work interferes with melatonin production, these workers suffer a variety of metabolic effects. They are at higher risk of becoming overweight and obese, with all of the disease burdens that this brings. They are also at higher risk of developing type 2 diabetes, sleep apnea, and other diseases that are linked to carrying more weight. Much of the rising rate of obesity in the modern Western world may be due to disturbances in sleep among our workers.

Do You Have Enough Melatonin?

Are you making enough melatonin to live a healthy life? Many modern people struggle to keep their circadian rhythm on track. If you are one of these people, there are a few things you can do to reduce your disease risk and improve your health. First, take steps to reduce night-time light in your life. Turning off devices and hanging blackout curtains can be enough for many people.

However, those who work odd hours or otherwise cannot go to sleep at a reasonable hour will have a harder time. For these people, melatonin supplements can often be the answer. A high-quality supplement will give you the benefits of this important hormone without the trouble of rearranging your life.

Although maintaining a healthy circadian rhythm can be difficult, it is worth the effort. Whether you choose lifestyle changes, melatonin supplements or both, the important thing is that you keep your internal clocks ticking along on time.