In today’s often fast-paced and demanding world, it’s fairly common among adults and children to not get enough sleep. All too often, we excuse the lack of sleep, saying to ourselves that we’ll make it up on the weekend or with a bit of rest later in the day. However, that’s not the best approach. Sleep is essential to brain function and cognitive performance. As confirmed by a new study, sleep can’t be replaced by rest, though both rest and sleep are important to overall brain health and function.

The University of Freiburg study was led by Dr. Christoph Nissen. This study was built upon the results of earlier studies that demonstrated the role of sleep in both strengthening and weakening nerve connectivity as needed; an activity that takes place during the restorative deep sleep phase. The new study had 66 participants, all of whom were taught to recognize a specific visual pattern. Participants were then divided into three groups. 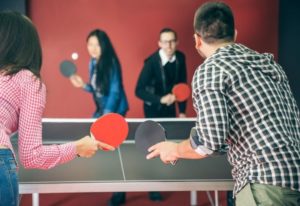 One group stayed awake, either playing tabletop tennis or watching videos. The second group slept for one hour. The third group didn’t sleep, nor did they engage in activities — instead, they rested in a dark room, awake but without stimuli.

When tested regarding their pattern recognition learning, the group that slept did notably better than either of the other two groups. According to the researchers, this result confirmed earlier study results that indicated that rest doesn’t replace sleep when it comes to the strengthening of connections that help store information a person wants to retain.

Why Sleep Can’t Be Replaced by Rest

In the brain, learning and information storage is a physical process built upon chemical reactions and electrical signals. Connections for information a person uses or needs regularly are strengthened. The connections for things that may no longer be relevant or used are weakened. This nerve cell connectivity work takes place during the restorative deep sleep phase. Sleep can’t be replaced by rest because rest just doesn’t go deep enough for that type of crucial sorting and building work to take place in the brain.

For learning and other cognitive tasks, rest cannot be substituted for sleep. However, that does not mean that rest is entirely without value. Resting does offer a variety of benefits. These include decreasing stress, particularly when taking a break from a high-pressure task or deep concentration, relaxing mind and body, increasing alertness and elevating mood. Resting can help refocus energy and increase overall productivity.

Insufficient Sleep is All Too Common

This study adds to the expanding body of knowledge that demonstrates the importance of sleep. The specific focus of University of Freiburg studies on learning and sleep takes on an important meaning when considered in the context of how many children and teens routinely do not sleep well enough. This should be of great concern, considering that education and learning are among the primary focuses of this period of their lives.

Adults also suffer from a lack of quality sleep. Indeed, insufficient sleep has reached epidemic proportions worldwide. Aside from the brain function issues associated with not sleeping enough, there are numerous health consequences to failing to get enough sleep. Financial pressures and the demands of daily life are often strong contributors to sleep problems. 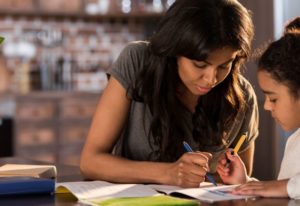 Many families find themselves awash in demands and activities. Work hours, school hours, overtime, homework, school activities, household tasks and social obligations can present a seemingly never-ending list of things that demand time and cut into sleep time. For parents of teens looking toward the future with competitive college application processes, there can be a lot of pressure to make sure that all of the extra-curricular boxes are checked. However, sacrificing sleep isn’t the best long-term move, for parents or children. It could even set an unhealthy pattern that a teenager could carry far into adulthood.

Understanding the importance of sleep to learning and health for adults and children, it’s time to make sleep hygiene a priority. It’s important to work to develop a regular schedule for sleeping, waking and eating, avoiding heavy meals within two hours of bedtime. Your schedule should include sufficient time for sleep, as well as a 30-60 minute wind-down period before sleeping. Use that wind-down period for a pre-sleep routine that helps dissipate the stress of the day, helping you to relax and prepare mentally and physically to sleep. Eventually, that routine will become a sleep signal. Be mindful of your caffeine intake, limiting it to earlier in the day. Get enough physical activity early in the day and resist the temptation of late afternoon naps.