Cancer has always been one of the world’s most deadly diseases, but it has become even more so in modern times. Although we have been able to prevent and treat many of the illnesses that plague mankind, there are still only a few options for many of the most common cancers. These treatments, which include surgery, radiation and chemotherapy, vary in effectiveness while bringing a wide range of negative side effects. They are not even a guaranteed cure in most cases. What if there is a better approach to cancer prevention and treatment? According to a new study, the circadian clock suppresses cancer in some cases, suggesting that our internal rhythms may be more important than previously thought in addressing this and other deadly diseases once and for all.

Although there are a variety of causes of different cancers, there appear to be a few core mechanisms that underlie each of them. First, cancer is caused mainly by mutations in key cell proteins. As we go about our days, we accumulate mutations from a variety of sources. Sunlight, chemical exposure and even oxygen contribute heavily to DNA mutations common in various kinds of cancer. This is why skin cancer, for example, is linked to sun exposure.

However, the cell has mechanisms that are intended to protect us from mutations. Cell repair processes occur every night that correct minor mutations to keep cells healthy. In addition, cells that have been too damaged for repair undergo a process called apoptosis, in which damaged cells destroy themselves. These repair mechanisms are controlled by a group of genes called cancer suppressors. When these genes themselves are mutated, either from a genetic defect or an external source of mutation, tumors and cancer are often the results. In most cases, cancer is simply a mutated cell that has begun to multiply out of control without the checks and balances that control normal cell repair and growth.

Links Between Cancer and the Circadian Rhythm

Several previous studies have produced findings that suggest a link between cancer and the circadian rhythm. First, people who work shifts and otherwise have a dysregulated circadian rhythm have a much higher chance of developing cancer. Correlation is not causation, but this was enough to encourage further study of the matter. In addition, many cancer treatments such as radiation and chemotherapy appear to be most effective when administered at certain times of the day.

Recent studies have found other interesting connections. The circadian rhythm appears to involve. many hormones and biochemicals that are important in cell repair and in the regulation of the cell cycle. Melatonin, for example, acts both to induce sleep and as a powerful cell repair agent. However, certain circadian genes may have an even more crucial role in preventing cancer and tumor growth.

How the Circadian Clock Suppresses Cancer 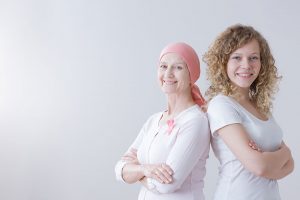 Research looked at the activity of several cell repair genes as well as their relationship to different circadian rhythm genes. One internal clock gene called Ras appears to be especially important. In fact, Ras appears to be a major factor in how certain cell cycle proteins are produced, actually stimulating their synthesis. Many of our most important tumor suppressor genes, in fact, do not operate when the Ras gene is knocked out in test animals.

A dysfunctional Ras gene is an immense risk factor for cancer. In fact, this single gene is disrupted in around a quarter of all cancers. When it is “knocked out” or rendered dysfunctional in mice and other animals, they suffer both a circadian disruption as well as out of control cancer growth. Somehow preventing these specific mutations may prevent many of the most deadly cancers that man currently suffers from.

How can this knowledge be used to prevent and treat cancer? First, having a disrupted circadian rhythm remains one of the most important risk factors for cancer. It is important that people maintain healthy sleep habits as preventative care. Second, we are developing new ways of treating dysfunctional genes in laboratories. In the future, a targeted repair of a dysfunctional Ras gene may be a potential cancer therapy. Until then, it remains very important to maintain a natural and stable circadian rhythm. In fact, sleep disorders are increasingly being treated as a serious risk factor for a variety of dangerous and deadly diseases.

Although this study is still very new, it offers hope that further study in the field of chronobiology may soon offer a definitive answer to this modern plague. With millions of people suffering from cancer, the offer of both prevention and an effective cure is a promising one indeed. New treatments may be able to not just treat cancer, but keep humans from developing it in the first place. Study of our internal clocks and the way that they interact with different cell processes may be crucial in developing a cure for many of mankind’s most serious diseases.